Most Shows Don't Return From Exile to Tough End-of-Week Slot
READ THIS NEXT
Office Hours: Media giants rethink the future of work, plus the death of the holiday party

"Supernatural," a CW series that has labored on the tough terrain of Friday nights for the last two seasons, is doing something unusual in the TV business: It's coming back to midweek. 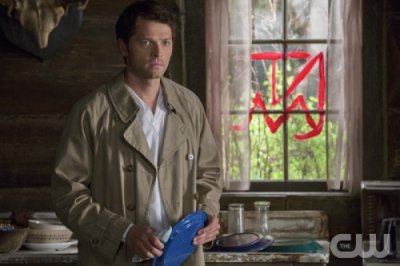 Misha Collins as the angel Castiel on 'Supernatural'

Starting tomorrow, "Supernatural" will move to Wednesdays to accompany The CW's new superhero drama "Arrow." The maneuver raises eyebrows because most programs that are sent into Friday exile rarely return to a more heavily-watched night.

Indeed, this season's Friday evenings are littered with programs that are merely riding out their last on-air gasp. Fox is using the night to play out the last season of "Fringe," a sci-fi serial from producer J.J. Abrams that has a devoted audience, if not a large enough one to keep the program on Thursdays. NBC, which used Fridays last season to unload the last handful of "Chuck" episodes, this year is using Fridays to unspool "Community," a cult favorite that the network has all but thrown into the ocean, and "Whitney," a sitcom featuring Whitney Cummings that did not perform as hoped in its debut last season.

Simply put, Friday has lately been a night for diminished expectations.

At The CW, however, "Supernatural" has some magic left in it -- even if it has been on the air since before the network came into existence. The program, which chronicles the adventures of two brothers who hunt ghosts and demons, debuted on the now-defunct WB network in 2005.

"Supernatural" fans are "the most energetic and die-hard audience I've ever seen in terms of the emails and commentary I get," said Mark Pedowitz, the president of The CW. "We felt they would show at 9 p.m. Wednesdays."

One former CW executive said exile was not the intention. The show was placed on Fridays to boost the last season of "Smallville," the drama that chronicled the early days of Superman, according to Dawn Ostroff, the CW's former head of entertainment who supervised the network's prime-time lineup until late last season. "We moved it back to Friday mostly because we wanted to pair it again with 'Smallville' and make the last year with 'Smallville' and 'Supernatural' a big year," said Ms. Ostroff, now working to develop video programming for magazine publisher Conde Nast.

Yet "Supernatural" could get stuck if it stayed on Fridays, Mr. Pedowitz suggested. By moving it to Wednesdays and giving it a buzzy lead-in like "Arrow," CW hopes "Supernatual" can expand its reach, he said. "At least it will have an opportunity to grow, where it might not have had that opportunity Friday nights at 9 p.m.," he said.

The program's move to Wednesday is part of a larger schedule shake-up at the network, whose shows typically reach the smallest live audiences of any of the English-language broadcast outlets. Placing a show with, well, supernatural themes on Wednesdays might also help The CW promote its new series "Beauty and the Beast" on Thursdays, starting Oct. 11.

The network may have other factors to consider, such as the particular viewing habits of the 18-to-34-year-olds it targets. While devoted fans follow CW dramas such as "Vampire Diaries" and "Gossip Girl," their relative youth means many of them watch by digital means, including online streaming, that don't always bring in the biggest share of dollars from advertisers. 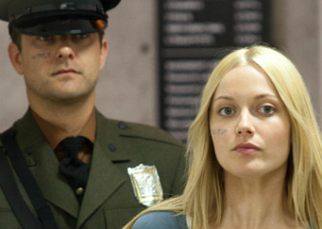 Fox is using Fridays to play out the final season of 'Fringe' starting this Friday.

That sizable digital audience means the network is likely to plan programs so it can maximize so-called "commercial ratings ," which measure the audience that watches the ads around a program, as many as three days after the show airs -- even if they watch it on the CW's website or through DVR playback. Viewers' weekend plans might keep them from watching Friday's fresh episode of "Supernatural" for several days -- long enough for advertisers to stop wanting to pay. But viewers may well have time to watch an episode that debuted on Wednesday before the weekend comes along to distract them.

TV does have its Friday-night success stories. CBS's "Blue Bloods" has thrived on the evening, and just launched its third season. The network's "CSI: NY" has helped build lead-in audiences for "Blue Bloods" since moving to Fridays from Wednesdays two seasons ago. CBS is also trying to launch "Made in Jersey," a female-skewing legal drama, this season on the night. And NBC's "Grimm," which debuted on Fridays, is back for a second season on the same night.

But many of the networks use Fridays for reality shows and newsmagazines, which are cheaper to produce than dramas. Shows like "48 Hours Mystery" and "20/20" can also help amortize the costs of maintaining a news division. And some ambitious stuff launched on Fridays over the years has whiffed. Among the casualties: NBC's "Outlaw," a 2010 legal drama starring Jimmy Smits; CBS's "A Gifted Man," a drama mixing medical and supernatural elements that started in 2011; and "Miss Match," an NBC drama about an attorney who doubled as a matchmaker that starred Alicia Silverstone.

In today's shifting TV landscape, "Supernatural" might conjure up more audience with a Wednesday-night perch than it could ever hope to do on Fridays.