Newsweek/Daily Beast Co., the media company founded by Tina Brown and backed by billionaire Barry Diller, is considering charging readers for access to its Daily Beast website for the first time. 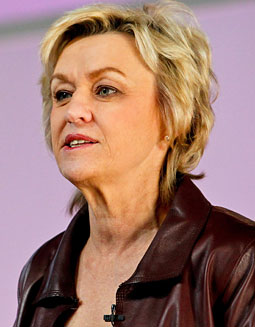 The Daily Beast, which merged with Newsweek magazine last year, is contemplating a shift to so-called metered access, spokesman Andrew Kirk said. That approach, used by The New York Times and other publications, typically lets readers see a number of stories for free and then charges for anything beyond that .

"Like many other media companies, we are exploring metered access down the line," Mr. Kirk said in an interview.

Word of the possibility comes as the Washington Post has begun to lean toward adding a pay meter to its site sometime next year, according to a report Thursday by The Wall Street Journal. The Post has been one of the most prominent newspapers holding out against the tide away from free, unfettered online access. Purely digital properties like The Daily Beast, however, remain overwhelmingly free.

Newsweek/Daily Beast Co. is ending Newsweek's eight-decade run as a print magazine with the Dec. 31 issue. Ms. Brown told staff in a memo today that the Daily Beast and Newsroom newsrooms would lay people off this afternoon. "The sad moment has arrived when we must go forth with the editorial staff reductions that we discussed in person with all of you several weeks ago," she wrote.

The company, a unit of Mr. Diller's IAC/InterActiveCorp, plans to reintroduce Newsweek as an electronic publication -- with paying subscribers, including print subscribers who agree to fill the rest of their subscriptions with a digital edition -- early next year. The idea is to capitalize on the growth of e-readers and tablets such as Apple Inc.'s iPad. While some of the magazine's content will still be available on the Daily Beast site, Newsweek's shift to a paid-subscription model may put more pressure on the Daily Beast to do the same.

Ms. Brown, who serves as the Daily Beast's editor-in-chief, founded the company with Mr. Diller in 2008 as a hub for internet news and commentary. She was previously the editor of Vanity Fair, The New Yorker and Talk.

Since then, IAC's media operations have been a drag on the company's results. The division that includes the Daily Beast lost $13.2 million last quarter. Newsweek was on track to lose $22 million this year before plans to close the print edition were announced, a person familiar with the matter said earlier this year.