Dauman's Last Act at Viacom Is Pitching a Paramount Stake 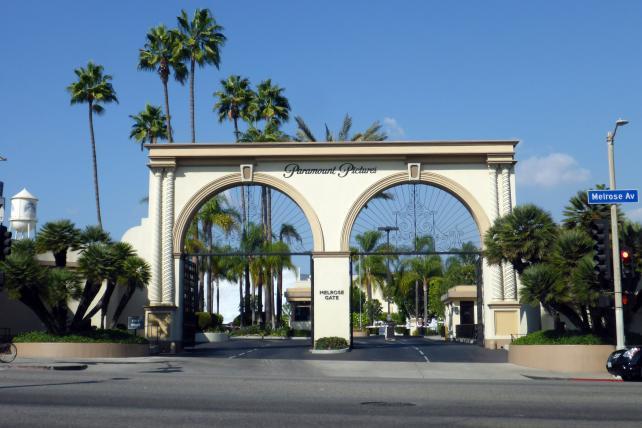 A chariot race isn't the only spectacle on display in "Ben-Hur," the $100 million biblical epic that flopped at theaters this weekend. The film also shows the creative chasm at Viacom Inc. that prompted the ouster of Chief Executive Officer Philippe Dauman.

The latest clunker co-produced by Viacom's storied Paramount Pictures studio adds to woes elsewhere at the parent company: a lack of hit TV shows, dwindling ratings and shrinking ad sales. To put the wheels back on, Viacom controlling shareholders Sumner Redstone and Shari Redstone booted Mr. Dauman as CEO and added five new board members in a deal made final on Saturday.

Deciding how to reboot Paramount will be one of the first big tasks awaiting interim CEO Tom Dooley and Viacom's newly composed board. Do they search outside for a partner to invest in the business, as Mr. Dauman has argued, or continue to look for hits internally? Mr. Dauman remains non-executive chairman until Sept. 13, giving him a chance to close the deal he's pursued since February: the sale of a 49% stake in Paramount to an outside partner.

"I think it's more of an ego thing for him," said Eric Jackson, an activist investor at New York-based SpringOwl Asset Management who had called for Mr. Dauman to step down. The chance to sell the stake is "the cherry on top" of his $72 million severance package.

Paramount could lose more than $350 million this year, according to Michael Nathanson, senior analyst at MoffettNathanson in New York, a performance he called "truly shocking." Mr. Nathanson argued in a blog post Friday that Viacom should sell the whole studio to the highest bidder.

"Short of firing the entire Paramount leadership team, there is little a new CEO could do quickly to improve its film pipeline," Mr. Nathanson wrote. "As Hollywood has become more and more of a global, tent-pole business, Paramount doesn't have the franchises to compete with Disney, Universal or Warner Bros."

"Ben Hur," which Paramount co-produced with Metro-Goldwyn-Mayer, brought in just $11.4 million in the U.S. and Canada during its first weekend at the box office, landing in fifth place after a clubbing from critics.

If the board ultimately decides to replace Mr. Dooley with a full-time CEO, however, the new executive may have his or her own vision for what do with the studio, according to Tom Eagan, an analyst with Telsey Advisory Group in New York. Holding on to it, with the right strategy in place, could make the studio more valuable down the road.

"In terms of five years from now, if they create more value with Paramount, of course you'd rather own 100 percent of it," Mr. Eagan said.

Mr. Dauman has said a number of investors are interested in a piece of Paramount, a deal he's said could generate as much as $4 billion in after-tax proceeds for Viacom. The $4 billion number surprised some investors, who'd been expecting that much for the whole business. A big number could make it hard for Viacom's board to turn down, especially for a company with net debt of $12.1 billion.

"Nobody expected that valuation for Paramount when this thing started," said SpringOwl's Mr. Jackson. "It'd be tough to say no to that."

Moody's Investors Service calculates Viacom's debt at about 4.1 times earnings before interest, tax, depreciation and amortization, and said this month that the company needs to reduce that ratio below 3.25 in the next 18 months. The sale of a stake would require unanimous support from the board.

Mr. Dauman has also said he's looking for a partner that could bring technological or strategic help to the business. A deal with a Chinese company, such as Dalian Wanda Group, the world's largest theater operator, could be such a partner, according to Matt Harrigan, an analyst with Wunderlich Securities.

"You'd have to rationalize it on the basis of Wanda, you know really opening up some opportunities somehow in China," Mr. Harrigan said. One catch, he said, is if Wanda insists on a mechanism to one day acquire total ownership of the business. "That would still be very difficult for the Redstones to give up."

Tencent Holdings Ltd. was among companies that had taken a look at Paramount, Bloomberg News reported in May, citing a person familiar with that matter.

Sumner Redstone, Viacom's 93-year-old controlling shareholder, fought a bruising takeover battle to acquire the parent of Paramount in the early 1990s. Mr. Dauman's plan to pursue a sale is one of the triggers that prompted Redstone and his daughter Shari to seek the CEO's departure.