On Wednesday, the same day that Jill Abramson was removed as the top editor at The New York Times, the paper's ad sales chief, Meredith Levien, appeared at an ad agency forum to discuss the Times' new native ads. Ms. Levien told the audience that its "Paid Posts" ads attract roughly the same attention as its editorial content.

The claim surprised some of the audience members. It also chaffed the newsroom, one reporter said. "It was like sticking a sharp object into the eye of the newsroom," a former Times executive agreed. "Plus, it's an unfair comparison. An editorial story is off the homepage after maybe a day, while a promotion can live there for weeks."

In a conversation Thursday night, Ms. Levien put her statements into context. "I should not have used words that made such a direct comparison," she said. "It's not a fair comparison, and I should've been more careful."

"My broader point yesterday is that there are paid posts or native stories that get as much audience as some editorial," she added.

The exchange underscores the continuing unease between Times editorial staffers and the paper's business side at a time when competitors are relaxing or even stripping away the long-held separation of church and state. And it came as sudden change has jolted the editorial side, with Publisher Arthur Sulzberger Jr. abruptly replacing Ms. Abramson with her No. 2, Dean Baquet.

Under Ms. Abramson, the Times' first female executive editor, the paper had won eight Pulitzers and seen revenue from readers surpass revenue from advertisers. But Mr. Sulzberger had "concerns about some aspects of Jill's management of our newsroom," as he put it in a staff memo Thursday. And others suggested that Ms. Abramson's interpersonal style, often labeled "brusque," made her hard to work with, although it wasn't clear whether the trouble was more with the newsroom that was so shocked by her exit or with Mr. Sulzberger and CEO Mark Thompson.

In any case, Ms. Abramson also didn't seem to share some of the priorities of the business side under Mr. Thompson, who is striving to reverse a long downward trend in advertising. There have been missed opportunities, such as the lavishly designed interactive feature "Snow Fall," which the newsroom spent months on but only mentioned to colleagues in ad sales just days before it was set to go live. The result was ugly banner ads that didn't fit the environment, instead of more lucrative rich-media advertising on par with the editorial presentation. The Times has since sought to bring in the business side earlier when it's planning such ambitious digital features.

But the business side is now left to wonder whether Mr. Baquet's more collegial approach reflects any greater enthusiasm for their work in, for example, native ads and video. "I've had the pleasure of working with both Jill and Dean," Ms. Levien said. "Jill was a pleasure to work and I expect it will be a pleasure to work with Dean."

Ms. Levien also said there was no tension between the business side and Jill.

The success of native advertising and video, which typically fetches a higher rate from advertisers, is central to the Times' revenue strategy. Mr. Thompson has vowed to restore digital-advertising growth partly on the strength of those tactics.

Last year, Ms. Abramson said she was wary of native advertising potentially confusing readers and knocked the practice as a "buzzword" for the "conference set." She was also absent last month from the Times NewFront presentation, where several editors and columnists were trotted out to pitch video. A Times spokeswoman chalked up her absence to a schedule conflict. Meanwhile, Wall Street Journal Editor-in-Chief Gerard Baker -- himself resistant to native ads -- presided over the Journal's NewFront.

Last week, the Times issued an internal report on its digital innovation that questioned the very terminology that many reporters at the Times grew up with.

The report, which was obtained by BuzzFeed after Ms. Abramson's dismissal, still advocated a "walled off" advertising arm, but argued for tapping business-side experts to enhance the reader experience. And it called for "a deliberate push to abandon our current metaphors of choice -- 'the Wall' and 'Church and State' -- which project an enduring need for division."

"Increased collaboration, done right, does not present any threat to our values of journalistic independence," the report said.

Several current and former Times staffers described Mr. Baquet as highly collaborative and easy to work with -- he's been called a "teddy bear" for his personal demeanor -- but it remains a mystery whether he's more open to perforating the ad-edit wall. Mr. Baquet did not respond to Ad Age's interview request.

"It's critical that editorial and ad sales side colleagues can work together constructively," said Kevin Delaney, a former Wall Street Journal editor and now editor-in-chief of the digital-only site Quartz. "It's not to say the editorial side has to cede its independence, but editorial can benefit from this conversation."

The native ads that ultimately materialized after a long development process seemed designed to insulate the paper from any accusation of confusing readers. Prominent labeling -- more obvious and explicit than is the norm elsewhere online -- loudly proclaimed that the posts are ads, which ran to the side rather than in the main feed of news articles.

Two major advertisers expressed frustration about the positioning of their native ads on the Times homepage.

One of those advertisers also complained about a lack of access to newsroom expertise on matters such as editing and promotion. The relationship between the newsroom and the content studio, which produces content for advertisers, wasn't just uneasiness, but uneasiness "on crack," an executive at the advertiser said.

"We've been very deliberate in saying to the market that the Paid Posts get zero involvement with the newsroom," Ms. Levien said. The Times has instead created its own content studio to produce these ads. "That is not going to change."

"We feel good about where we started," Ms. Levien said about the positioning of the ads. "You will see change over time, but we're pretty comfortable where paid posts are discovered."

Former colleagues said Ms. Levien deserves commendation for bringing native advertising to the Times -- a task that one former Times executive deemed a Sisyphean task. "She's not just pushing a rock up a hill, she's pushing a boulder," a former Times exec said. 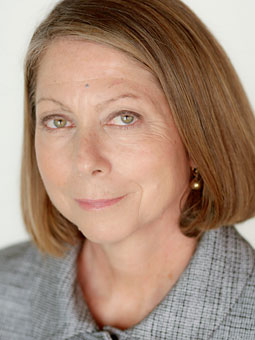 Jill Abramson was ousted this week as executive editor of The New York Times, a position she's held since 2011.

It's still early days for the Times' Paid Posts, said Brent Poer, president-executive creative director at LiquidThread, a digital agency. "Everyone always dips their toes in and is very cautious in the beginning," he said.

But publishers shouldn't be shy about putting sponsored posts in prominent spots, according to Mr. Poer. "If you're going to do it, do it well, don't hide, don't act like it's a dirty secret," he said.

In the first quarter of this year, the Times snapped 13 quarters of declining ad revenue, posting a 3.4% gain in ad sales and total revenue up 2.6%. But it warned that a dip was likely in the second quarter.

Its prominent recent successes have been more on the circulation side. "Its major achievement under Abramson's tenure in the newsroom is the building of 800,000 digital subscriptions," said Ken Doctor, media analyst at Outsell, in an email. "Though her management skills were long described as abrasive, she managed to partner sufficiently with the tech, ad and marketing people to make the Times the leader in this wave of reader digital payment. In the last year, particularly, such new initiatives as The Upshot and NYT Now showed an awareness that the pace of editorial change had to accelerate."

"Mark Thompson now gets a new, and likely, easier-to-work-with partner as he accelerates the digital transformation," Mr. Doctor added in a later phone call. "Expect the pace of new products to further accelerate."

But it might not be that easy. The last time Mr. Sulzberger fired a top editor, Howell Raines in 2003, a number of business-side activities slowed dramatically, because much of what the ad-sales team does requires approval from the newsroom, the former Times executive recalled. "Let's hope this doesn't slow their momentum," the executive said.