Decent Sampling for USA's 'Colony' as Network Looks for Another 'Mr. Robot' 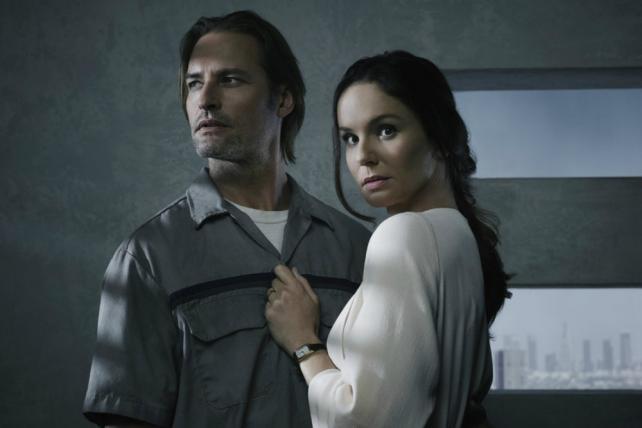 A pair of Golden Globes wins for "Mr. Robot" may not have translated to a huge turnout for USA Network's newest drama series, but the initial deliveries for Carlton Cuse's "Colony" were still respectable.

According to Nielsen live-plus-same-day data, the first installment of the dystopian alien-invasion strip delivered 1.36 million viewers and a 0.4 among adults 18 to 49, which works out to some 558,000 demographically relevant viewers. "Colony" also drew a 0.5 in the slightly older TV demo, scaring up 582,000 adults 25-54.

"Colony" was down slightly versus the "Mr. Robot" premiere, which on June 24 averaged 1.75 million viewers and a 0.5 rating. The paranoid thriller would go on to establish itself as USA's top-rated show, averaging a 0.7 rating in the C3 currency over the course of its first 10 episodes.

A number of factors may have sapped "Colony" of some potential live deliveries, including the fact that USA had made the pilot available online a month ago (Dec. 15), a tactic it also employed with "Mr. Robot." The premiere also had to contend with Fox Business Network's coverage of the GOP presidential debate (11.1 million viewers/1.9 adults 18 to 49/2.5 adults 25 to 54) and the tail end of the Cavs-Spurs game on TNT (2.94 million viewers/1.2 adults 18-49).

The 10 p.m. broadcast competition included USA sibling NBC's new Jennifer Lopez/Ray Liotta crime drama, "Shades of Blue," which in its second broadcast drew 6.64 million viewers and a 1.3 in the 18 to 49 demo, down 28% from last week's 1.8 rating.

The "Colony" pilot aired with limited commercial interruption, carrying around seven minutes of paid-for inventory over the course of the hour, or roughly half the standard spot load. Among the advertisers that bought time in the premiere were Universal Pictures ("Hail Caesar!," "Ride Along 2"), Amazon, Apple, Audi, Nissan and Walt Disney Pictures ("The Finest Hours").

"Colony" stars "Lost" alum Josh Holloway and "The Walking Dead" casualty Sarah Wayne Callies as a Los Angeles couple trying to survive the twin rigors of alien and military occupation. The series is part of USA's class of 2015-16, having been introduced during last spring's upfront presentation alongside "Complications" and "Mr. Robot." The latter on Sunday night brought home the Golden Globe for Best TV Drama and Best Actor in a Supporting Role (Christian Slater).

USA this week announced that it is taking yet another high-concept series, Gale Anne Hurd's "Falling Water," to series. Meanwhile, though the network has yet to weigh in on the fate of the odd Donny Deutsch experiment "Donny!," it's highly unlikely that the fourth-wall-breaking product-placement vehicle will return. "Donny!" eked out a meager 0.2 in the dollar demo over the course of its six-episode run on Tuesday nights. The Dec. 15 finale nearly scratched, drawing just 126,810 targeted viewers.