Given the incessant nature of the Trump-driven news cycles, Time magazine has had no choice but to keep doing Trump covers—and to crank up the surrealism each time to attempt to approximate the real-life absurdity attendant to his dysfunctional administration. Case in point: The "In Deep" cover above (the animated version was created for social media), which fronts the Sept. 3 issue, on sale Friday. 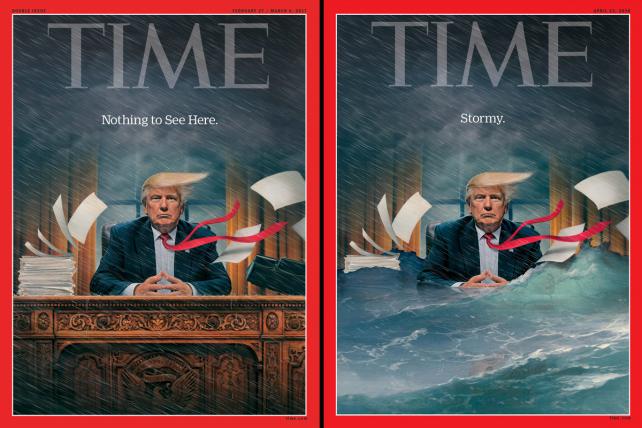 A statement released by Time to introduce the latest cover and the issue reads, in part:

Even in a presidency punctuated by surreal moments, it was a stunning scene. Michael Cohen, the President's longtime personal lawyer, pleaded guilty on Aug. 21 to eight felony counts, including arranging payments during the 2016 campaign to suppress two women's accounts of alleged extramarital affairs with Donald Trump. "I participated in this conduct," Cohen avowed, "in coordination with and at the direction of" Trump himself. With that extraordinary statement, he implicated the President of the United States in a federal crime ... The explosion came minutes after Trump's onetime campaign chairman Paul Manafort was convicted on eight counts of tax evasion and bank fraud in a case prosecuted by Mueller's deputies. Tuesday was arguably the most pivotal day in this presidency, and the consequences are only beginning to kick in.

For more background, see "The Story Behind Time's 'In Deep' Donald Trump Cover." And here's the non-animated print version: 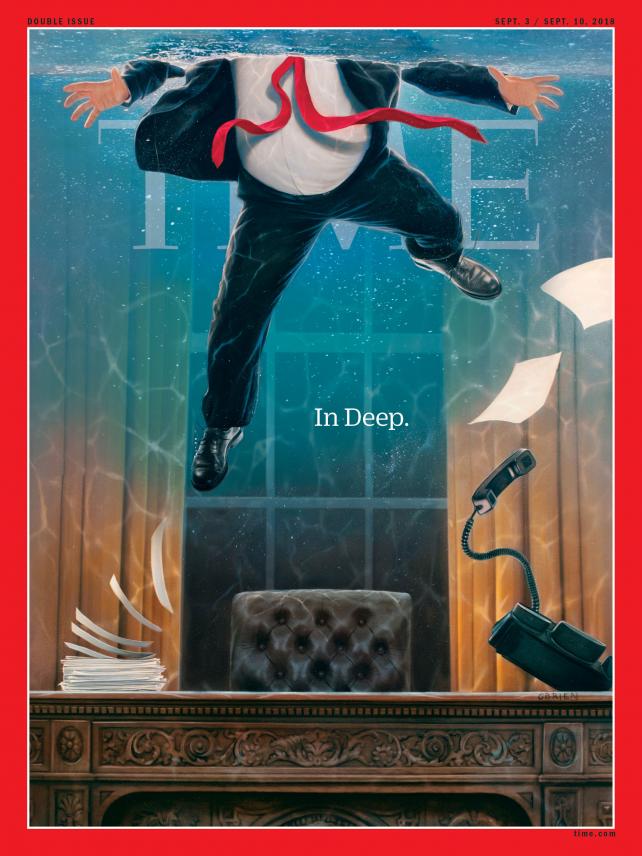