CORRECTION: This story originally referred to digital video as siphoning away money from the national TV market when it should have referred more broadly to digital media.

Over the course of the 2014-15 broadcast season, digital media siphoned off more than $1 billion from the national TV market, with the vast majority of those dollars being drained out of the Big Four networks.

According to new research from Standard Media Index, about $1.1 billion in national TV spend was rerouted to digital, of which a staggering 87%, or $960 million, was plundered from broadcast. SMI tracked agency investments over a nine-month period spanning October to June, an interval that more or less corresponds with the broadcast calendar.

While the shift to digital accounts for a portion of the 8% annual decline in broadcast spend, endogenous factors (ratings declines, a weak fall scatter market, tricky year-to-year comps) played a role as well. For example, NBC's coverage of the 2014 Winter Olympics generated $1.1 billion in ad revenue, while ESPN's stewardship of the FIFA World Cup netted $529 million in sales.

Ad-supported cable nets weren't subjected to the digital drain imposed on broadcast; per SMI, during a period in which overall spend in the segment was down 1%, cable ceded $140 million to new media.

All told, when local and syndication are tossed into the mix, digital leached $1.5 billion from traditional TV outlets.

For all its nibbling away at the $70.6 billion TV market, digital isn't thriving on mere vampirism alone. New business accounted for a $1 billion lift in digital spend, which was up 16% in the period. 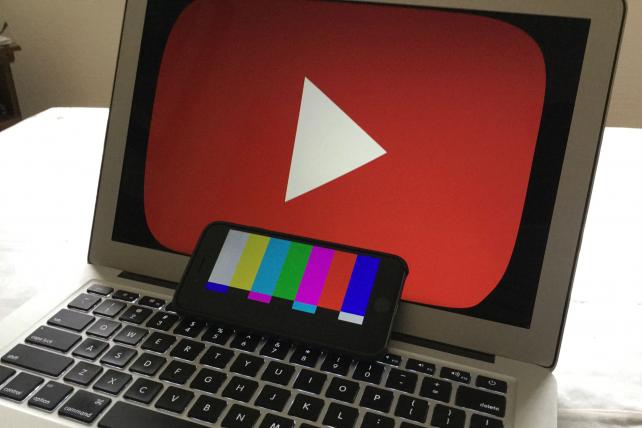 The methodology underpinning SMI's market research is particularly compelling, as the company says it taps directly into the billing systems of five of the six global media agency holding groups, as well as a number of independent shops. That direct access gives SMI a window into 80% of all stateside ad bookings.

"This analysis lifts the veil on the true impact that digital media is having on the wider advertising market," said Scott Grunther, exec VP of media at SMI. "It's not only a story of shifting share, but of organic growth as well." Mr. Grunther added that along with online video, social media will help fuel the acceleration of the digital ad market.

While the digital video market is growing at whiplash speed -- eMarketer projects the segment in 2015 will expand another 30% -- the overall dollar haul is small potatoes when compared to traditional TV's share. With spend on pace to hit $7.77 billion by year's end, online video commands one-tenth the ad dollars of broadcast, cable, syndication and spot TV.

For many TV ad sales executives, the shift to digital is largely a function of the agencies' desire to make cheaper media buys for their clients (thereby keeping them content in a season of unprecedented review activity) while growing their own commissions. Buyers counter by reasoning that they're merely allocating dollars to eyeballs, and recent ratings drops across broadcast and cable would seem to bear that out. (On the eve of the 2014-15 upfront, Starcom MediaVest said it had, over the previous 12 months, moved a half-billion dollars out of TV, of which three-quarters was redirected to various digital platforms.)

While digital has made inroads into the TV upfront market -- SMI estimates suggest that the 2014-15 upfront was down 8% for a net loss of $1.7 billion -- ad sales bosses say they'll get the money back in the scatter market, which is showing signs of vigor after a lengthy hibernation. (Scatter has shored up about $600 million, or 35%, of those upfront losses.)