Turner Has 'No Idea' What Dish's Ergen Is Going On About 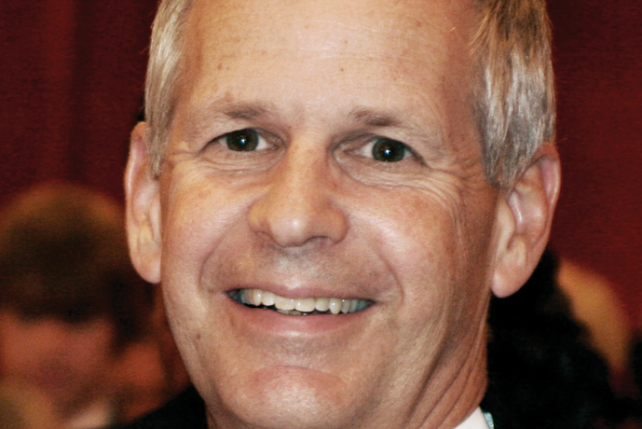 Dish Network Chairman Charlie Ergen was vocal about the satellite giant's on-going carriage dispute with Turner Broadcasting during the company's earnings call on Tuesday, saying he is prepared to keep the channels off the service permanently and slamming the performance of channels like CNN.

"When we do take something down, as a company, we're prepared to leave it down forever," he said.

Turner fired back during the Time Warner earnings call Wednesday morning, responding to what it is calling "the aggressive nature of the comments." (Time Warner is the parent company of Turner.)

"We disagree with virtually everything he said as it related to the importance of our product, as it related to his platform," Turner CEO John Martin said on the call, adding that it is "unclear" what's at the heart of the dispute.

"We were both disappointed in the very antagonistic and aggressive nature of his comments yesterday, and we're disappointed particularly, given the fact that Dish had previously agreed to our network's rates and our carriage proposals weeks ago," Mr. Martin continued.

Mr. Martin said Turner was told by Dish that the channels were removed "because we wouldn't move an expiration date later into the year," but that the expiration date for the networks aren't even up yet.

Turner channels like CNN, HLN, Cartoon Network and TruTV went dark on Dish Network on Oct. 21 as a result of the dispute. And Dish may also loose TBS and TNT later this month, Mr. Ergen said. TBS and TNT are part of a separate contract that is also set to expire.

Dish CEO Joe Clayton said the absence of the channels hasn't resulted in subscriber cancellations, if TBS and TNT also went dark he expects it "would force that to change."

But Mr. Ergen said even if it results in a loss of subscribers, "we have a responsibility to our shareholders to not do stupid deals."

Mr. Ergen said networks like CNN "are not quite the product that they used to be."

"You can imagine, CNN down on election night would be a disaster 15 years or 20 years ago, but now there's plenty of other places for people to get news, in fact, a lot of people get news not from TV anymore, they get it from the devices," he said.

Turner's Mr. Martin said the company has five of the top 30 cable networks and that CNN is No. 2 in ratings among cable news networks. "So we honestly have no idea what Dish was talking about yesterday," he said.

Ultimately, Mr. Martin said he believes Turner will reach a deal with Dish and the dispute won't impact the company's long-term guidance.

Carriage disputes have been an ongoing issue in the industry. Earlier this week AMC warned DirecTV subscribers that they could lose the network, in spots and on-air graphics that aired during "The Walking Dead." DirecTV's agreement with AMC Networks is set to expire at the end of the year.

And in September, Suddenlink, the seventh-largest cable operator, removed Viacom's channels from its lineup with no plans to return the networks.

Aside from Turner, Dish could also be facing a negotiation battle with CBS, whose contract is expected to expire imminently. While CBS' new digital, over-the-top package, "CBS All Access," may come into play in negotiations, Mr. Ergen said he believes subscribers will continue to see the eye network on Dish, pointing to the broadcaster's strong ratings and success in content creation.