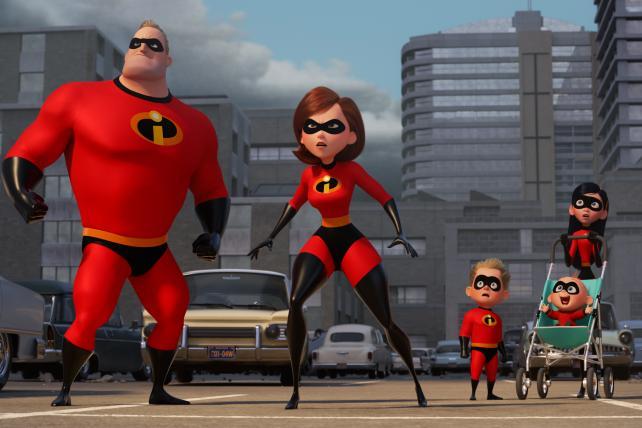 Films such as "Ant-Man and the Wasp" and "Incredibles 2" more than doubled movie profit for the Burbank, California-based company. The company's theme parks, meanwhile, benefited from the busy summer travel season, attracting more free-spending guests.

Those businesses are helping Disney continue to grow as CEO Bob Iger tries to steer his largest division, television, toward a new future built around streaming. The company is creating new online video services and buying much of 21st Century Fox for $71 billion to bulk up its web-based programming in a looming faceoff with Netflix.

A highly anticipated new family-oriented streaming service, due next year, will be called Disney+, Iger said on a call with investors. ESPN's subscriber losses are moderating, he said earlier on CNBC.

Disney rose as much as 3.2 percent in extended trading after the announcement. The shares had advanced 7.9 percent this year as of the close in New York Thursday.

Earnings grew to $1.48 a share, excluding some items, in the quarter ended Sept. 29, the company said Thursday. That exceeded the average estimate of $1.34. Revenue climbed 12 percent to $14.3 billion and also beat Wall Street projections.

Disney is dominating the movie industry again this year on the strength of films from its Marvel, Pixar and Lucasfilm business. In the last quarter, Pixar's "Incredibles 2" led the way, with global ticket sales of $1.24 billion, according to Box Office Mojo.

That lifted revenue by 50 percent for the film division, the company said. The company's grip on movie fans will only tighten with the pending takeover of Fox assets next year. That deal will bring "Avatar" sequels, the X-Men and "Planet of the Apes" movies under Disney's wing.

Disney's parks attracted more visitors and coaxed guests to spend more during the summer vacation stretch, boosting revenue by 9 percent to $5.07 billion and profit by 11 percent.

TV, Disney's biggest business, managed to grow as well, helped by higher sales of TV shows and the fees that the ABC network gets from pay-TV providers. That countered weaker results from cable networks that are investing heavily in streaming.