Dobrow Gets a Taste of Local Procedural Dramas

Media Reviews for Media People: 'Memphis Beat' and 'The Glades'
READ THIS NEXT
Billie Eilish stars in a gorgeous rallying cry for the ‘generation that lives online’

Whenever I visit a character-rich American city, I find myself thinking, "Gosh, this would make a perfect backdrop for a good guys/bad guys procedural with a punny title." A trip to Seattle a few years back spurred my pitch for "Seattle Slew," featuring a flannel-wearing, coffee-slurping cadre of rainy-day detectives. A work-mandated internment in the Twin Cities birthed "Minnie and Paul," in which loopy ice-fishing aficionado Minnie and by-the-books snowballogist Paul patrol the Mall of America while denying their focus-group-affirmed chemistry. 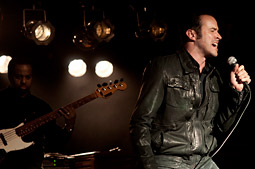 'Memphis Beat'
It's a time-tested approach, sprucing up a familiar genre with a distinctive protagonist and just enough local color to make it feel novel. It's one that programmers have embraced, rolling out any number of shows indistinguishable save for their setting: "K-Ville" in New Orleans, "Saving Grace" in Oklahoma City, "C.S.I." in every municipality with a population of over 65,000, etc. Call it the era of the geo-drama.

The summer season brings with it two new cop procedurals in this mold, TNT's "Memphis Beat" and A&E's "The Glades". The titles give slow-blinking viewers a powerful hint as to where the shows are based; the shooty/knifey promos let them know that there will be bad a-doin's afoot.

In the former, our hero is a sincere Memphis cop who moonlights as an R&B singer. In the latter, our Everglades-area murders are cracked by a smug Chicago transplant dead set on shattering the quips-per-minute barrier. Beyond that, the similarities abound. Consider:

1. The local flavor: Both shows treat viewers to some of this, but not enough to interfere with the action. In "Memphis Beat," this means characters who eat fried chicken while besmirching "tofu-burger whatchamacallits" and a soundtrack teeming with bluesy slide guitars instead of synthesizer burps. In "The Glades," it means swampy panoramas and pastel trousers.

One notices (and appreciates) the contextual signposts without being too distracted by them. Hey, it beats another set-up shot of cars whipping past the Flatiron Building or copters fluttering alongside the Capitol Records edifice.

2. The conflict: Both protagonists are total headstrong rebel iconoclasts. They do things their own way, see, but they get the job done. "Memphis" second-generation lawman Dwight Hendricks (Jason Lee) ignores his boss' orders, appoints himself the keeper of the city's cultural and ethical-punitive flames, and generally "doesn't do things by the book." "Glades" homicide detective Jim Longworth (Matt Passmore) annoys every human being with whom he comes into contact, but "deep down, he cares." Awesome.

Perhaps we should all follow their conflict-incubating, nose-thumbing precedent. I'll go first. To my editors: Next week, I'm reviewing Springsteen's 1978 Winterland show. You should allow me to do this because I get results, doggone it. You're not the boss of me, except for the fact that you sign my paycheck and de-purple my prose and oh, Lord, I'm sorry, please, please, please, don't fire me, please. 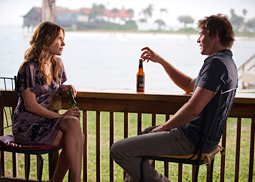 'The Glades'
3. The closure-craving plots: They feint and sputter but are always wrapped up tidily at precisely eight minutes before the end of the hour. This leaves us enough time for a scene in which our wayward protagonist learns a little something about himself and/or interpersonal relations.

I might not be giving either show enough credit in this regard. Yes, inevitably the good guys win, and the bad guys lose. There is little ambiguity, moral or otherwise. Maybe a secondary character will be vaporized or a major one will get strafed, but that's end-of-season-cliffhanger territory. That said, the pilot episodes of "Memphis Beat" and "The Glades" take a more roundabout route than do most comparable procedurals. One detours into a family subplot; the other involves a herpetologist. This represents progress.

Anyway, there is little on either show that viewers haven't seen before. But really: Who cares?

It'd be lovely if "Memphis Beat" affected more than a superficial Southern drawl. It'd make for more compelling television if "The Glades" adapted the noir-ish tone natural to its surroundings. But the shows are no less enjoyable for their embrace of convention. They don't demand cogitation or reflection, and as such are perfect fits for prime time -- during the summer, during the winter, whenever. They entertain. It's not as easy as it looks, as evinced by the corpses of hour-long dramas piled outside NBC Studios.

Viewers have voted with their remote controls. They want crisply paced, finite cop shows centered around colorful protagonists. They do not want serial dramas steeped in impenetrable mythology or comedy at 10 p.m. EDT.

Both "Memphis Beat" and "The Glades" give the people what they want. We should applaud them for it.