Who Gets the Dog in the Divorce? MetLife to Ponder Snoopy's Fate | Ad Age
Skip to main content

Who Gets the Dog in the Divorce? MetLife to Ponder Snoopy's Fate

Decision Comes as It Sheds Its U.S. Retail Business
READ THIS NEXT
More-subdued presidential debate sees drop-off in TV viewers 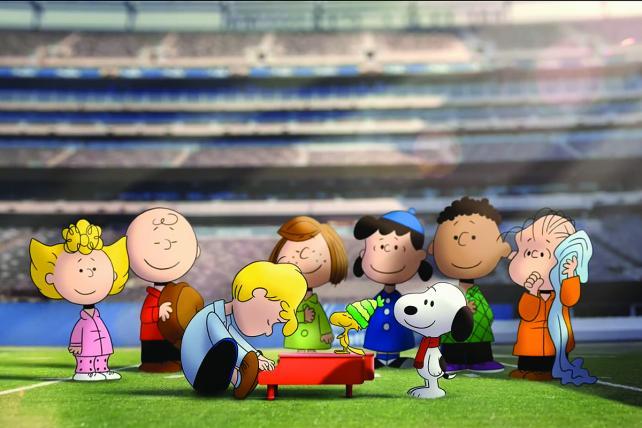 Breaking up is hard, especially when longtime partners have to decide who gets financial assets, property or even a pet. The split could be trickier, still, when one of the world's most beloved dogs is involved.

MetLife Inc. Chief Executive Officer Steve Kandarian has to decide whether he keeps Snoopy and his Peanuts friends, or if the comic-strip crew will depart with a U.S. retail business that the company plans to sell, spin off or divest to investors in a public offering.

Snoopy has been associated with the insurer for more than three decades, and enhances the "warm, approachable quality that is important to the MetLife brand," according to the company's guidelines. The beagle appears in the insurer's ads, employees' business cards, Wall Street presentations and even blimps that fly above golf tournaments.

"There aren't many animated or cartoon characters that have that level of recognition and that level of appeal, which is what makes it so valuable," said James O'Rourke, a management professor at University of Notre Dame, who expects the Peanuts characters will go to the retail business. "People think Snoopy is totally cool, and it's a pretty broad range of people."

Aflac Inc.'s wacky duck and the chatty gecko pitching Geico auto policies are among creatures used by rivals to put a friendly face on insurance contracts. MetLife's Snoopy doesn't speak, however. That means Mr. Kandarian doesn't have to worry about a public-relations headache like the one Aflac had in 2011 when it fired comedian Gilbert Gottfried, then the voice of the duck in the U.S., after he made comments about tsunami victims in Japan, the firm's biggest market.

MetLife has plenty on its plate with the split, beyond just comic-strip characters. The company has been designated by regulators as a systemically important financial institution because of its size, and the separation plan was designed partly to limit capital restrictions on retirement products such as annuities. The remaining company will still be one of the world's largest insurers, selling group policies and property- casualty coverage in the U.S. and operating in Asia, Latin America and Europe.

Yet, even after Mr. Kandarian announced on Jan. 12 how he would allocate assets to the two businesses and assign leadership, the company acknowledged the dilemma of whether the U.S. retail business would retain the MetLife name and the Snoopy branding.

"We are in the early stages of planning," the company said in a statement discussing the split. "Many questions remain to be answered."

It is "highly unlikely the company would spin off its retail business without the dog," Al Ries, chairman of market-strategy firm Ries & Ries, said in an email. "Would anyone buy the Corona brand without the lime? Or the cola business from Coca-Cola without the contour bottle?"

MetLife has long sought to appeal to both individuals and to huge corporate clients. The National Football League's New York Giants and New York Jets play at MetLife Stadium, and the insurer's name is featured on a Park Avenue tower in New York.

Iconix Brand Group Inc., which in 2010 acquired a majority stake in the characters, listed the insurer first in a November regulatory filing that named some key Peanuts partners. Peanuts has more than 700 licensing agreements, including relationships with retailer Target Corp., and food company Nestle SA, according to the document. MetLife said in its most recent annual report that it has the exclusive global license in the financial-services industry up to the end of 2019.

The Peanuts comic strips were written and illustrated by Charles Schulz, who realized his dream of becoming a professional cartoonist after returning from war in 1945, according to his biography on the Charles M. Schulz Museum's website. The first Peanuts strip appeared in 1950 in seven newspapers nationwide, and by the time he announced his retirement in 1999, the cartoon was syndicated in more than 2,600 newspapers worldwide.

The insurer's brand guidelines outline, often in great detail, how to deploy -- and how not to use -- the characters. For example, Snoopy is not to be depicted gambling or drinking alcohol. After all, MetLife said, "Snoopy likes root beer."