'Duck Dynasty' Returns, and So Do Its Advertisers | Ad Age
Skip to main content

'Duck Dynasty' Returns, and So Do Its Advertisers

Hershey, Home Depot and AT&T are Among Advertisers Returning With the Show
READ THIS NEXT
‘America Must Change’: The story behind Time’s latest cover artwork

A&E's "Duck Dynasty" returned for its fifth season Wednesday night, and despite the backlash after GQ quoted patriarch Phil Robertson railing against homosexuality, advertisers didn't seem to shy away from the show. 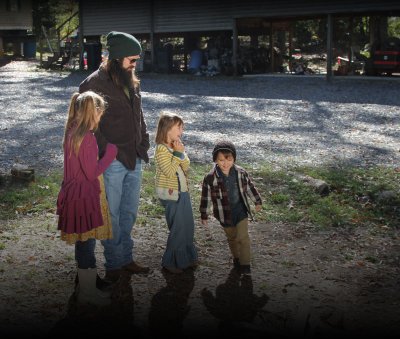 A scene from the new season of 'Duck Dynasty'

Among frequent advertisers in "Duck Dynasty" last year, Home Depot, Geico, Darden Restaurants, Subway, Hershey and AT&T were back with national or local ads in the fifth-season premiere last night.

Ratings took a hit, however, with the fifth season bowing to 8.5 million total viewers, down from the nearly 12 million people that tuned in for the fourth season premiere last summer. The showing was also a decrease from the "Duck Dynasty" Christmas special, which was watched by nearly 9 million people, but does come in slightly ahead of the fourth season finale. The third season premiered last winter to 8.6 million viewers.

"Don't be deceived," Mr. Robertson added. "Neither the adulterers, the idolaters, the male prostitutes, the homosexual offenders, the greedy, the drunkards, the slanderers, the swindlers -- they won't inherit the kingdom of God. Don't deceive yourself. It's not right."

The reaction has been anything but unified. A&E responded by saying it was "extremely disappointed" and briefly suspended Mr. Roberston from the series. The comments set off a firestorm from gay rights groups and plenty of others, but A&E's suspension generated questions of freedom of speech from religious organizations. One company, Cracker Barrel, removed "Duck Dynasty"-related merchandise from shelves, then reversed itself and apologized.

"When we made the decision to remove and evaluate certain Duck Dynasty items, we offended many of our loyal customers," it explained in a letter. "Our intent was to avoid offending, but that's just what we've done."

A&E said it had reinstated Mr. Robertson because "Duck Dynasty" is about more than one man. It also said it planned to run public service announcements that would promote "unity, tolerance and acceptance."

While recent "Duck Dynasty" advertisers were comfortable returning to the show, they aren't eager to give the controversy any more oxygen, either declining to comment for this article or not responding to requests for comment.

Other marketers whose ads appeared during the premiere included Walmart, ExxonMobil, Allstate and Universal Studios, promoting the Kevin Hart and Ice Cube movie "Ride Along."