On the heels of a May that saw a double-digit decline in broadcast ratings, the summer season is getting off to a similarly draggy start.

According to Nielsen C3 ratings for the final month of the 2014-15 season, deliveries of adults 18-49 fell 11% in broadcast prime, while cable demos were off 7%. This in turn appears to have had a chilling effect on the early summer ratings, as just about every returning network series has lost ground when compared to the year-ago period.

Through Thursday, June 18, returning tent poles are down 20% in live-same-day demo ratings. Even the current highest-rated summer show, NBC's "America's Got Talent," has slipped when compared to a year ago; through the first four episodes, the competition series is down 14% to a 2.4 in the demo.

A slate of new series isn't doing much to stop the bleeding, either. The 11 freshman shows that have premiered since mid-May are averaging a 1.1 in the demo, and the five scripted newcomers together are delivering a 0.9 rating.

Thus far, only two broadcast shows are enjoying year-over-year ratings growth. NBC's "American Ninja Warrior" is up 18% with an average 2.0 demo, while ABC's "The Bachelorette" has improved 12% to a 1.9.

The misfires aren't confined to the broadcast nets, however, as a string of high-profile cable debuts has been met with the equivalent of a collective shrug. The June 16 premiere of TNT's supernatural drama series "Proof" averaged 2.66 million viewers and a negligible 0.4 in the demo, effectively negating the network's first stab at attracting a younger audience. (Given that only 470,000 adults 18-49 tuned in for the premiere, more than 80% of the overall deliveries missed the target.) 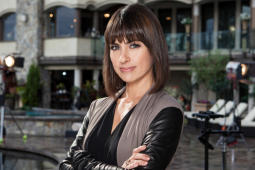 Lifetime is also struggling to find a live-same-day audience for its new satirical dramedy, "UnReal." Through its first three episodes, the reality show send-up is averaging just 696,000 viewers and a 0.3 in the dollar demo. Faring slightly better is ABC Family's sci-fi/crime drama "Stitchers," which is averaging 1.06 million viewers and a 0.5 rating.

For all the torpor and decay, there have been a few bright spots to be found in the ratings data. Live sports continue to do much of the heavy lifting for the networks, and this summer has been no exception. The 2015 NBA Finals posted record ratings for ABC, improving 20% versus a year ago with an 11.6 household rating, while NBC and its cable sports outlet NBCSN saw a 14% lift with their combined coverage of the NHL Stanley Cup Final.

Now that basketball and hockey have hung it up for another season, the field is wide open for the 2015 FIFA Women's World Cup. Ratings for Group Stage play on Fox and FS1 have been tremendous; in fact, the USA-Nigeria match now stands as the third most-watched women's soccer broadcast of all time. With Team USA poised to make a deep run, Fox's coverage of the July 5 WWC Final could very well prove to be the highlight of the summer season.

A look at the summer TV schedule suggests that things could start picking up once we pass the solstice. CBS' summer begins in earnest on June 24, when it debuts its indefatigable "Big Brother." Last year, the veteran competition series was the highest-rated broadcast show among CBS's target demo (adults 25-54), and it tied "America's Got Talent" for top honors in the younger demo.

CBS also returns two scripted series ("Under the Dome" and "Extant") and is prepping what may be the summer's most-anticipated new drama in James Patterson's "Zoo" (June 30).

In the near term, HBO this Sunday will pair the returning "True Detective" with new comedies "Ballers" and "The Brink," while TNT will counter with the season premiere of "The Last Ship." USA launches its buzzy "Mr. Robot" on June 24, after which AMC will drop its dystopian cyborg drama "Humans" (June 28).

While it remains to be seen if the deluge of new series will help reverse the ongoing ratings slide, at least one newcomer is as close to a sure thing as TV ever gets. Designed as a parallel narrative to its world-beating zombie apocalypse drama, AMC's "Fear the Walking Dead" is believed to be slouching its way to the tube in late August. (AMC is expected to officially announce a premiere date at next month's Comic Con.)