Network Characterizes the Parting of Ways as a 'Business Decision'
READ THIS NEXT
Watch Elon Musk’s awkward ‘SNL’ promos—plus, why his hosting stint is so controversial

Two years after making a surprise return to ESPN, Keith Olbermann is once again leaving the network, which has decided not to renew his contract. 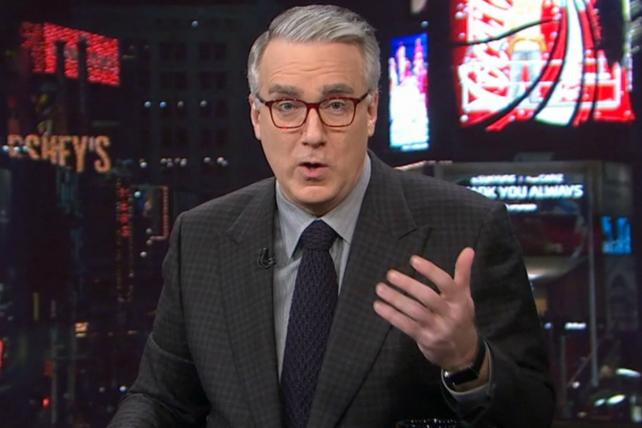 The network framed its decision to let Mr. Olbermann go as a simple business matter. "Keith is a tremendous talent who has consistently done timely, entertaining and thought-provoking work since returning to ESPN. While the show's content was distinctive and extremely high quality, we ultimately made a business decision to move in another direction," the statement read. "We wish Keith nothing but the best and trust that his skill and ability will lead him to another promising endeavor."

While the mercurial host generally behaved himself over the course of his short return stint, insiders said that Mr. Olbermann's outspoken criticism of NFL commissioner Roger Goodell had ESPN higher-ups wishing that he'd tone down the attacks. ESPN pays the league $1.9 billion each year for the rights to televise "Monday Night Football" and a raft of related shoulder programming.

Last fall, during the height of the Ray Rice debacle, Mr. Olbermann characterized the commish as an "enabler of men who beat women" before going on to charge Mr. Goodell with covering up the running back's brutal Feb. 15, 2014 assault on his then-fiancée. Mr. Olbermann subsequently demanded that Mr. Goodell be fired.

In response to reports that it had been agitating for a special contractual clause that would prohibit Mr. Olbermann from criticizing the league or its figurehead, ESPN last week said that this was sheer fiction. "Keith Olbermann has never been told any topic is off limits for his commentary, nor has continuation of it been part of any conversation about his future at the company," ESPN said in a statement.

While Mr. Olbermann this spring was briefly suspended for a wholly unrelated incident (he'd pushed "send" on a number of rather insensitive tweets directed at Penn State students), his two years at Bristol were generally unblemished by the rages and clashes with senior management that colored his earlier stint at ESPN. Sources said he even welcomed a radical shift in the scheduling of "Olbermann," which in August 2014 was shifted from late-night to afternoons.

Mr. Olbermann's imminent departure from ESPN is only the latest upheaval in a broadcast career that has been, in equal measures, brilliant and erratic. As the co-host of ESPN's "SportsCenter" from 1992 to 1997, Mr. Olbermann and Dan Patrick reinvented the sports highlights game. For a generation that had no use for the starry-eyed boosterism of local sports anchors, The Big Show was truly a departure. Funny, irreverent and endlessly inventive, "SportsCenter" put the lie to the idea that TV sports coverage was meant to shuffle dumbly around the intersection of hagiography and cliché.

But as would be the case at so many other gigs, everything went to hell. Mr. Olbermann's behavior around the Bristol campus was so polarizing that even the mild-mannered veteran Bob Ley would later tell the authors of the oral history "These Guys Have All the Fun" that when he eventually parted ways with ESPN, "we felt not so much relief … as unrestrained fucking joy." (Studio host Rece Davis recalled that anti-Olbermann staffers would only consider welcoming him back to the network on the condition that they were given the opportunity to punch him in the stomach first.)

After the ESPN marriage ended, Mr. Olbermann would go on to be employed (and dismissed) by the likes of Fox, MSNBC and Current TV. According to former colleagues, each stop along the way was punctuated with operatic hysteria, seething resentments, slammed doors and, in one particular case, an hours-long cross-country phone conversation with the head of a network about the paint job in Mr. Olbermann's new office.

Mr. Olbermann could not be reached for comment. While his Twitter account remaned mum about the matter as much as an hour after ESPN released its statement, he did fire off a trio of video clips culled from Tuesday's installment of the show.

This marks the second major talent from whom ESPN has parted ways in the last several weeks. In early May, the network announced that it would not renew the contract of 14-year employee and Grantland boss Bill Simmons.