Facebook-Plus-Instagram Can Benefit Media and Marketers

If Facebook had based its offer for Instagram on the number of column inches and blog posts the deal would inspire, the price would have been much higher than $1 billion.

But leaving aside the question of whether any app with no revenue is worth $1 billion -- it was worth it to Facebook, and that 's all that really matters -- the deal raises a number of interesting questions, and challenges, for brands. However it turns out for Facebook financially, media companies and marketers should probably be thinking about Instagram in two ways: how to capitalize on it now and what Facebook might do with it down the road.

Brands should never create a social profile just for the sake of it, but I'd argue that if your brand creates photos of any sort, or has a Facebook profile but isn't yet on Instagram, now is the time to join Instagram. Already some profiles, including those of sports teams, pop stars and amateur photographers are getting upwards of 2,000 likes per photo. Magazines including Vice and websites such as Pitchfork have set up Instagram feeds too.

The publicity this deal has created is likely to give user numbers a massive boost, and while likes on their own don't mean anything, being able to connect with consumers at this scale is not something to be sniffed at. 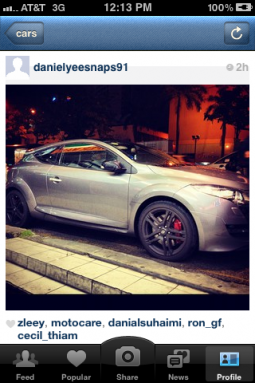 Managing multiple platforms is one of the biggest issues many brands face, particularly when they're looking to scale their social-media outreach. While Facebook has promised to leave Instagram as a separate product, rather than "sunsetting" it like Gowalla, marketers and media will be able to maximize value if they integrate it into other activities.

Vitrue, the Facebook management tool, already offers Instagram management as part of its suite. The likes of Buddy Media will almost certainly be working on similar options very soon if they aren't already. These tools coming online are likely to help, but so too will Facebook integrating Instagram more closely into its own platform, which could happen in a number of ways.

In many ways, Facebook's own growth was built on photos and the ability to tag people in them. Right now tagging on Instagram relies on users adding Twitter-style profile names (@friendname), a rather clunky process all round. When Facebook brings proper tagging to Instagram (it seems obvious that it will be a "when" rather than an "if"), it could give Instagram's growth another rocket-boost as well as open up new opportunities for brands -- particularly if tagging expands to take in products as well as people.

It's easy to imagine brands rewarding budding David Baileys and Mario Testinos for tagging their products in their photos. Taking things a step further, if Facebook wished to bring apps to Instagram, it could do worse than allow brands to create custom filters. New app Snapster already allows this, and if Mark Zuckerberg wants a revenue strategy for Instagram, he might want to consider charging brands for the privilege of doing something similar.

One of the biggest problems that all social networks face as they start to scale is how to stop users from getting overwhelmed with noise while still allowing them to feel like a part of a thriving community. Facebook has done a pretty good job with EdgeRank and GraphRank, its calculations to decide which updates, photos and social apps to show each user. If Facebook can find a way to bring its own experience of bringing interaction algorithms to Instagram, it could head off any problem with users getting swamped.

Facebook might benefit, on the other hand, as it looks into the ways that Instagram users behave differently than Facebook users -- how people connect around the objects and interests represented in many Instagram posts, for example, rather than friends' status updates. If Facebook can understand why someone liked a photo of a car but didn't like the same person's photo of a motorbike, then maybe that $1 billion won't seem like so much after all. And that will be good news for marketers and media brands alike.

ABOUT THE AUTHOR
Ciaran Norris is director of emerging media for Mindshare Worldwide.

Ciaran Norris
View all articles by this author