Four Shows Are a Shoe-in for Renewal; Four Others ...
READ THIS NEXT
How to turn your brand into a big winner in the 2021 awards season 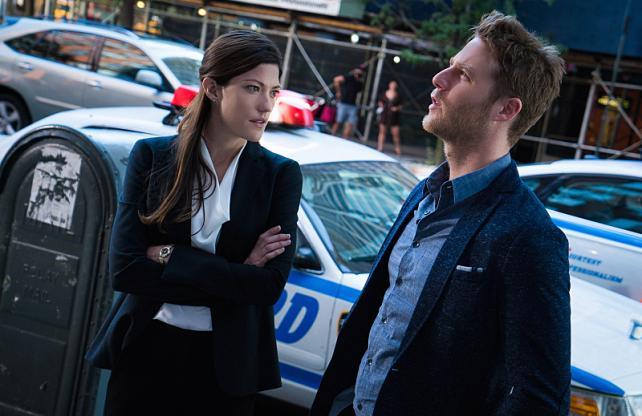 With three full weeks of fall ratings on the books, the Big Four broadcast networks face some tough decisions about their underperforming new series. Live viewing continues to dwindle, and already at least four newcomers are flirting with imminent extinction. At the same time, ABC, CBS, NBC and Fox can all lay claim to at least one new show that has earned a full-season order. What follows is a progress report on the freshman class of 2015-16.

"Minority Report" (Fox) -- The first pilot ordered by 20th Century Fox studio co-chairs Dana Walden and Gary Newman after they assumed control of the network in July 2014, "Minority Report" was meant to end Fox's ongoing sci-fi drought ("Terra Nova," "Almost Human"). The early results aren't at all promising; through three episodes, "Minority Report" is averaging just 2.58 million viewers and a 0.9 in the key adults 18-through-49 demo, making it the fall's least-watched, lowest-rated new series. Late Friday evening, Fox said it had shaved the show's order down to 10 episodes from the original 13, effectively making it the fall's first canceled series. The contraction sets the finale date at Nov. 23, but it's likely that Fox will elect to burn off the remainder of the "Minority Report" episodes on another night altogether. The smart money says Fox frees up the Monday 9 p.m. time slot for former occupant "Sleepy Hollow," which is struggling (1.0) in its new Thursday night home. Fox owns "Sleepy" outright, and while it's still a long way from syndication territory, the three-year-old strip is earning a few extra bucks on Hulu Plus.

"The Player" (NBC) -- After falling to a series-low 0.9 18-49 rating last Thursday, this Las Vegas crime drama is currently averaging a 1.0 in the so-called "dollar demo," down 23% among 18-to-49-year-olds from the already modest 1.3 rung up last fall by "Parenthood." Sony TV produces "The Player," so hopes for a reprieve are few and far between; odds are good that NBC will air two more episodes before pulling the show ahead of November sweeps. (The quarterly Nielsen survey begins on Thursday, Oct. 29.)

"Code Black" (CBS) -- At the moment, the only thing working in favor of medical drama "Code Black" is a relative dearth of replacement options. Through its first two episodes, the hospital drama is averaging a 1.4 in the 18-to-49 demo and a 1.9 among CBS's target range, adults 25 to 54. "Code" lost one-half of a ratings point between its first and second installments, and is down 26% in the guaranteed demo when compared to year-ago occupant "Stalker." Given that "Criminal Minds: Beyond Borders," the most likely candidate to assume the Wednesday 10 p.m. slot, probably won't see the light of day until 2016, "Code" is likely to gut out its 13-episode order before it flatlines.

"Blood & Oil" (ABC) -- First, some good news for fans of this sudsy Don Johnson vehicle: While it's not pulling its weight at 9 p.m., it's also not dragging down lead-out "Quantico," which has emerged as ABC's buzziest Sunday night drama since a vengeful Emily Thorne showed up in the Hamptons back in 2011. But with an average 1.4 rating in the 18-to-49 demo, "Blood & Oil" has lost 33% of the deliveries that "Resurrection" put up in the year-ago period. Moreover, it has fallen behind direct competitor "The Good Wife" in the key women demos, and the fast national data for the third episode indicates that the show has gone fractional (0.8) among adults 18 to 49. A long shot to close out its initial episode order, "Blood & Oil" is likely to be replaced by the limited series "Of Kings and Prophets."

In Line for a Back-Nine

"Blindspot" (NBC) -- This one's actually already in the bag. Leading out of "The Voice" in the plum Monday 10 p.m. slot, this Rorschach blot of a procedural is far and away the season's highest-rated new series. Through its first three episodes, "Blindspot" is averaging a 2.7 in the demo, and while that's down 10% from "The Blacklist," it's worth noting that the lead-in has dropped 15% in the same interval. "Blindspot" is so dominant in its time slot that it's beating the combined ratings of rivals "NCIS: Los Angeles" and "Castle." Last month, NBC ordered nine additional "Blindspot" scripts; late Friday, it announced it had put in a full-season order for "Blindspot," bringing its total number of episodes to 22.

"Rosewood" (Fox) -- Snug in the pre-"Empire" hour, "Rosewood" is making the most of its time slot, averaging a sturdy 2.1 in the demo on Wednesday nights. That marks a 50% improvement over the 1.4 rating notched last fall by the long-running cooking completion series "Hell's Kitchen." Fox on Thursday ordered three back-up scripts for the homegrown pathology procedural, and while that's no guarantee of a full-season pickup, it sure beats a sharp stick in the eye. Not bad for a self-starter that wasn't offered anywhere near as much promotional support as fellow freshman dramas "Scream Queens" and "Minority Report."

"Quantico" (ABC) -- Breaking into the tumbleweed-choked Sunday 10 p.m. hour with very little lead-in support is no day at the beach, but "Quantico" has powered through nonetheless. Its second episode retained 100% of its premiere rating (1.9), and its share of women 18 through 49 grew from week to week. Heaping with ABC's signature blend of histrionics and sex, "Quantico" is perhaps the most "on-brand" new show of 2015-16. A back-nine order could arrive as early as this week.

"Limitless" (CBS) -- Another 10 o'clock success in an era where the DVR and streaming services trump live TV, "Limitless" is averaging a very solid 2.5 in the CBS 25 to 54 demo. Long a tricky slot for CBS (previous tenants include "Unforgettable," "Vegas" and "Golden Boy"), Tuesday's final hour of prime time has been revitalized by this adaptation of the eponymous 2011 Bradley Cooper movie. And while the show is more than satisfying CBS's ratings guarantees, it's also putting up solid numbers in the younger demo. Through its first three episodes, "Limitless" is averaging a 1.8 rating among adults 18 to 49, up a tick from last fall. CBS tends to make its back-nine orders in late October; "Limitless" is a cinch to retain its place on the spring schedule.

Too Close to Call

CBS's new comedy "Life in Pieces" is putting up strong numbers (9.64 million viewers, 3.2 among adults 25 to 54) in the Monday 8:30 p.m. slot, but its 54% retention out of "The Big Bang Theory" is woeful. Meanwhile, ABC's "The Muppets" has lost 41% of its initial demo deliveries, dropping from a 2.9 adults 18-to-49 premiere to a 1.7, a decline that may well reflect a general lack of interest in the new-look Kermit and Miss Piggy. (If the old school "Muppet Show" was all about the weekly travails of putting on a fun variety show, this reboot focuses on the egomaniac oinker's late-night show, as projected through the lens of "30 Rock." And as any parent knows, there's nothing kids love more than in-jokes about programming formats about which they are wholly unaware.)

Also pending is NBC's "Heroes Reborn," which has fallen 40% since it premiered. Not at all promising, but if "Heroes" can hold steady at above a 1.0, it has a good shot of fulfilling its initial order. If nothing else, NBC will likely look to avoid killing off both of its freshman Thursday night bookends.

Moving on to sleepy Fridays, there is not sufficient data to make a call either way on ABC's new multi-cam "Dr. Ken." The Ken Jeong comedy debuted Oct. 2 to a 1.5. rating, up 15% from last fall's premiere of "Cristela."

Lastly, Fox's "Scream Queens" is the very picture of ambiguity. The most lavishly promoted Fox series in recent memory, "Scream Queens" is squeaking by with a 1.4 in the 18-to-49 demo, a tenth of a point higher than its comedy lead-ins "Grandfathered" and "The Grinder." Fox is all but willing this to be a success -- bear in mind 20th TV also produces "Scream Queens" co-creator/producer Ryan Murphy's "American Horror Story" for cable sibling FX, and wants to keep its asset happy -- so no drastic decisions will be made until network number crunchers have had the chance to pore over several batches of C3 data. But if the early VOD stats are any indication, "Scream Queens" could demonstrate the sort of commercial-ratings lift that would justify a return trip in 2016.