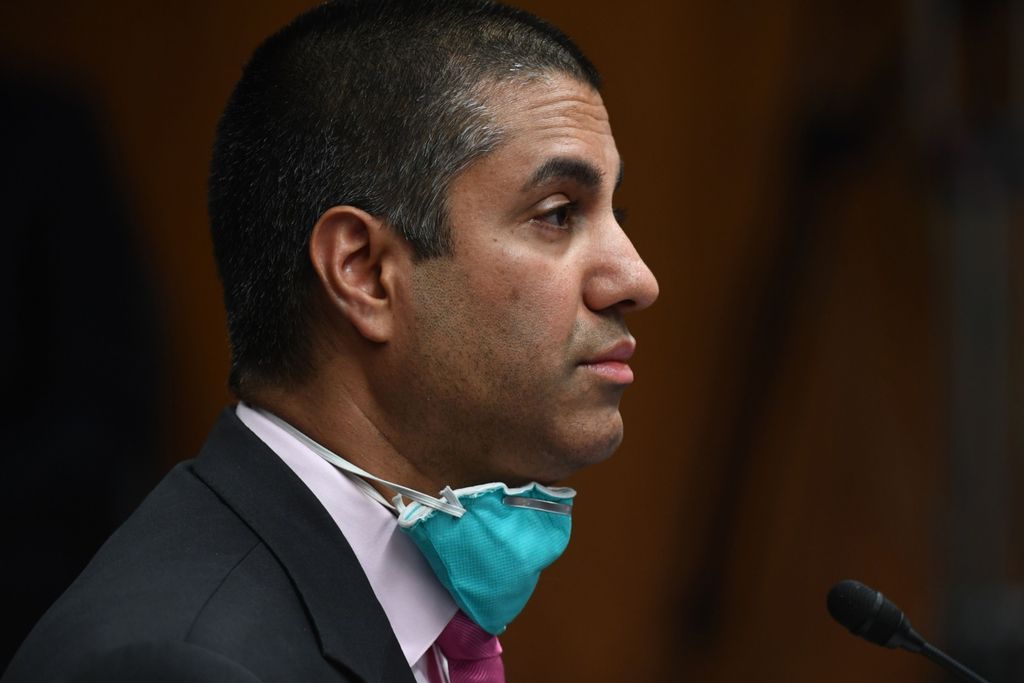 Ajit Pai, chairman of the FCC.

U.S. Federal Communications Commission Chairman Ajit Pai said he’ll leave the agency Jan. 20, eliminating the possibility of a holdover Republican majority at the agency that could have temporarily stymied changes sought by the incoming Biden administration.

Since being elevated to the chairmanship by President Donald Trump in 2017, Pai, a Republican, has led the commission in dismantling net neutrality regulations and pushed for fast wireless broadband service.

With another Republican leaving after his term expired, the FCC will have a 2-to-1 Democratic majority on Inauguration Day unless the Senate confirms Nathan Simington, a Republican whose nomination is to be considered Dec. 4 by the Commerce Committee.

Under Pai the FCC in 2017 revoked so-called net neutrality rules put in place by the Obama administration that barred broadband service providers from interfering with web traffic—for instance by slowing competitors’ content.

Pai’s change gutted the FCC’s authority over internet service providers. It was welcomed by carriers such as AT&T Inc. and Verizon Communications Inc.

Since the vote, Pai has pointed to increased broadband availability as vindication. Critics have cited competing data and insisted rules are needed. The debate is likely to continue into the term of President-elect Joe Biden.

Pai pressed to assign more airwaves for high-speed mobile broadband. The FCC sold airwaves in an auction that attracted more than $4 billion in bidding that concluded in August, and has scheduled a sale for December.