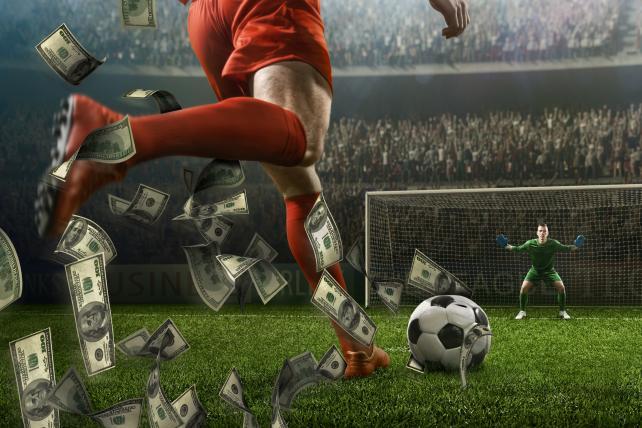 Whether through rank incompetence or sheer corruption, when FIFA awarded Qatar the rights to host the 2022 World Cup it effectively cost itself millions in future TV fees and all but guaranteed that Fox and Telemundo would both make a tidy profit on the 2026 tournament.

In a document released today, international soccer's governing body effectively owned up to the fact that it all but gave away the rights to the 2026 World Cup to avoid getting dragged into court by Fox.

An inquiry into the bidding for the hosting rights to the 2018 and 2022 World Cup, FIFA's 353-page doorstop offers some insight into the events of February 2015, when it extended its U.S. TV deals with Fox and Telemundo in a closed auction. At the time, it was suspected that FIFA had granted the extensions at a bargain rate in order to mollify Fox, which was furious that the choice of Qatar as the host nation would necessitate shifting the 2022 World Cup from the summer to the fall.

As it turns out, FIFA's generosity was actually a profligate means of sidestepping an even more expensive legal entanglement.

'Some issues'
On page 293 of the document, former FIFA Ethics Committee chairman Michael J. Garcia notes that the likelihood of having to reschedule the 2022 World Cup (the average summer temperature in Qatar is a scalding 106ºF) proved to be a bone of contention for Fox and Telemundo.

"The TV partners in the USA … did have some issues, as there would be a clash with the American football season," Garcia wrote. "For which reason, it had been agreed to extend the contract with Fox in exchange for an undertaking not to act against FIFA should the 2022 World Cup be moved to winter."

In other words, Fox agreed to not drag FIFA into court in exchange for the extension, which was signed over at a fraction of the original $425 million contract. (That initial package includes the 2015 and 2019 Women's World Cup and the 2018 and 2022 men's tourney.) If things go according to plan and North America wins the right to host the 2026 World Cup, Fox will pay FIFA an undisclosed bonus fee.

The document released today quotes FIFA secretary general Jerome Valcke telling the investigatory board that in exchange for Fox's willingness to accept a rescheduling of the 2026 World Cup, "we agreed that we will extend with Fox for the same price as what they pay for 2022, plus inflation costs."

Even with the bonus outlay, the extension likely will be worth every penny. Not only will Fox enjoy a huge ratings spike if the 2026 World Cup is held in its own backyard (the plan is for Canada and Mexico to host 10 matches each, with the U.S. hosting the remaining 60, including all matches from the quarterfinals through the final), but it's going to have a lot more ad inventory to sell. In keeping with the expansion of the field from 32 to 46 teams, the number of World Cup matches Fox will broadcast in 2026 will jump 25%, from 64 to 80.

The extra games must have Fox and Telemundo ad sales execs dreaming of a soccer windfall. ESPN scared up around $530 million in ad revenue with its coverage of the 2014 World Cup in Brazil, and even the most elementary apples-to-[Raúl] Albiols comparison would suggest that Fox alone could walk away from the 2026 confab having collected more than $675 million in sales.

For its part, FIFA acknowledged that having to juggle the Qatar schedule will cost it dearly. As Valcke says in the report, by rescheduling the World Cup "we are losing money and we are making less money because we are not running an open [bidding] process in the U.S. market … and we just extend with Fox for the same amount of money."

Football vs football
That FIFA never really thought through the whole summer-in-Qatar angle would be mildly amusing if it didn't imply that the oil-rich nation had to have bribed its way into the winning bid. On page 294, Garcia notes that "it appears there was a failure to consider the issue of the temperature in Qatar properly prior to the vote to award hosting rights," which is the desert-soccer version of Capt. Louis Renault exclaiming that he is shocked -- shocked! -- to find that gambling is going on at Rick's Café.

The medically-mandated shift from summer to fall presents Fox with a scheduling conflict, as several World Cup matches are likely to interfere with its megabucks NFL broadcasts. And while Fox can move games that bump up against football-football to its FS1 cable outpost, there's no way to avoid a conflict when the final match kicks off, unless FIFA moves it from its traditional Sunday slot.

At any rate, for all the shadiness to be found in the FIFA inquiry, it is ultimately neither an admission of wrongdoing nor a smoking gun. Long suppressed, the report itself has been instrumental in the removal of a number of bad actors from the organization.

But if the inquiry doesn't prove that the rights to the 2022 World Cup were negotiated by bagmen and crooks, the sheer sleaziness of FIFA culture is hard to miss: The Garcia report essentially brushes off the story about an anonymous £2 million deposit that landed in the bank account of the 10-year-old daughter of a former FIFA higher-up, suggesting that the transfer was more tax dodge rather than bribe.

Of particular interest to stateside soccer fans, a separate document released today clears the U.S. Soccer Federation of any malfeasance in its bid for the 2022 World Cup. After progressing through three rounds of bidding, where it outlasted the likes of Japan, Korea and Australia, the U.S. lost the final round to Qatar by a tally of 14 votes to eight.