Laugh It Up: Already Flush With Comedies, ABC Looks for More Homegrown Sitcoms for 2016-17 | Ad Age
Skip to main content

Laugh It Up: Already Flush With Comedies, ABC Looks for More Homegrown Sitcoms for 2016-17 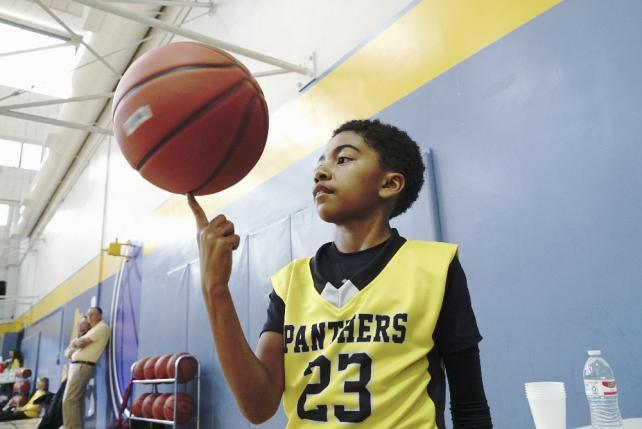 Channing Dungey faces the unenviable task of mending an ABC schedule that is riddled with holes -- Tuesday night is almost a complete wash, and as many as three of the network's 10 p.m. dramas are not long for this world -- but for all that, the newly-minted network president's upfront strategy won't entail a robust shake of the Etch A Sketch. ABC's predicament is not exactly a laughing matter, but Ms. Dungey rightfully may find solace in her comedy roster.

With five of its nine extant half-hour comedies already scheduled to return in 2016-17, and another two virtual shoe-ins for renewal, ABC's sitcom lineup is arguably the strongest on TV. Certainly it is the most stable; "Modern Family" and "The Middle" next fall will embark upon their eighth seasons, while the homegrown "Black-ish" inches closer to gaining syndication cred with its season three pick-up. Three of ABC's top five-rated series are members in good standing of its Wednesday night comedy block, and its two Friday multicams out-rated NBC's "Truth Be Told" and "Undateable" by 71%.

Of course, with so many comedies booked for a return trip, ABC doesn't have an awful lot of room to place many of the new projects it has in development. If "The Muppets" is mothballed (a safe bet, given a steady defection of viewers and the fact that the ratings went fractional following a November showrunner shake-up) and "The Real O'Neals" doesn't improve upon the 1.1 demo it is eking out in its Tuesday 8:30 p.m. slot, ABC is still only looking at a free hour for comedy each week. Budget a couple of shows for midseason, and ABC probably won't order any more than five new comedies.

While most of ABC's current comedy crop is owned by outside interests -- but for ABC Studios' "Black-ish," the Wednesday night block is brought to you by 20th Century Fox TV, Sony TV and Warner Bros. -- the network is looking to invest in more homespun shows. Of the 12 comedy pilots ABC has in the hopper, five are exclusively produced by ABC Studios and another four are co-productions with outside vendors like Sony and the London-based Kindle Entertainment.

"Ownership is a very big theme this year," said Patrick Moran, executive VP, ABC Studios, the TV production arm of the Disney-ABC Television Group. "It's become a bigger and bigger priority of the broadcast nets, and a bigger part of the conversation."

Much of the desire to develop in-house is a function of cratering live ratings across TV and the inherent opportunities for making a few more bucks on self-owned content. Should they endure, shows that are created under the corporate umbrella are candidates for syndication and the rich vein of revenue that aftermarket entails.

Moreover, ownership allows for far more comprehensive deals with various on-demand platforms. Rather than being hamstrung by the anemic "rolling five" model, in which a network can only offer the five most recent episodes in a current season, networks that own their shows can offer each and every in-season episode, which in turn helps boost commercial deliveries and provides a hook for landing any number of streaming and international distribution deal. (CBS has basically taught a master's seminar on the joys of self-ownership.)

Among the ABC Studios pilots in development at the Alphabet net are "Square Roots," a single-camera comedy from "Black-ish" writer Vital Patel; "The Second Fattest Housewife in Westport," which stars Katy Mixon ("Mike & Molly") and Diedrich Bader ("The Drew Carey Show"); and "The Fluffy Shop," a multi-camera setup executive produced by comedian Gabriel Iglesias, who plays a somewhat fictionalized version of himself. Tim Doyle, the one-time showrunner of ABC's "Last Man Standing," co-wrote the "Fluffy" pilot; if the show is ordered to series, it's expected to land on Friday nights in ABC's established multi-cam hour.

While ABC boasts the most diverse comedy lineup on TV, Mr. Moran said that the studio doesn't exactly consult the census when it develops its programming. "With 'The Fluffy Shop, it's not like we specifically set out to do a Latino comedy," he said. "We weren't looking to check a box. … We're always hoping to feature great talent, and we'd been chasing Gabriel for a long time."

"The Fluffy Shop" is ABC Studios' lone multi-cam pilot, and the Shonda Rhimes/Scott Foley project "Toast" is a hybrid. The studio has two other comedies in contention outside of the ABC ecosystem; Fox is co-producing the Courteney Cox vehicle "Charity Case" and CBS TV is sharing production duties on "Furst Born," a family ensemble starring Katy Sagal ("Sons of Anarchy"), Poppy Montgomery ("Unforgettable") and Swoosie Kurtz ("Mike & Molly").

Mr. Moran said that if there's a shared sensibility that informs ABC's comedies, it's that culturally-specific storylines tend to resonate at a universal frequency. For example, while a recent conversation about money between "Black-ish" characters Dre (Anthony Anderson) and Pops (Laurence Fishburne) was sparked by an exchange writer Kenya Barris had with his own father, the broader themes about financial responsibility were immediately relatable to anyone who's ever had a hard time holding on to a dollar.

"That's kind of where the network is living right now, at least in the comedy space, and so from the studio side we're looking at that to inform the direction of our comedy development this year," Mr. Moran said.

Last season, ABC ordered eight comedy pilots from its sibling studio, of which three ("Uncle Buck," "Dr. Ken," "The Real O'Neals") were picked up to series.

With a little under two months to go before ABC unveils its upfront slate in New York, Mr. Moran says he has no advance knowledge as to which of the studio's new comedies will make it to prime time. "It'll be interesting to see what happens in the upfront," he said. "We have the talent lined up … the rest is out of our hands."