Plus: What Seventeen subscribers are getting instead of Seventeen

Facebook, which has been blamed for killing local newspapers, is now confirming that there aren't enough of them to supply its users with the local news they want to read. Last year, the giant social network headed by Mark Zuckerberg launched a service called "Today In" that's now available in 400 cities across the U.S.

But Facebook admitted Monday that 40 percent of Americans live in places where there aren't enough local news stories to support it. The tech giant deems a community unsuitable for "Today In" if it cannot find a single day in a month with at least five news items available to share.

Today, we are announcing our plan to significantly expand our partner relationships and putting out this call for applications. Specifically, we are seeking partners to create new publications on Medium, which we will help fund and distribute. If you are a current (or aspiring) editor-in-chief, an expert in your field, or an existing publisher with extra capacity, we'd love to hear from you.

There's a lot of skepticism being expressed online about this new partnership drive—a variation on what Medium has tried before—given the platform's uneven track record. In 2017 it laid off a bunch of its staff and shifted to a subscription model, and the publishing-industry consensus since then has been that founder Ev Williams just can't quite figure out his business model. (Related, via Bloomberg News last December: "Medium's Ev Williams Discusses Buying New York Magazine.") Interestingly, Medium recently announced that it was lowering the paywall for incoming Twitter traffic—Williams, of course, was a Twitter co-founder (and served as CEO for a couple of years)—which suggests that Medium hopes Twitter will help drive a lot of eyeballs to its latest crop of hosted publications.

All @Medium paywalled stories are now free and unmetered when you're coming from Twitter. 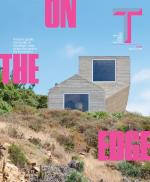 Sneak peek: Fresh off its National Magazine Award win last week for General Excellence in the Service and Lifestyle category (the second year in a row it's taken the honor), T: The New York Times Style Magazine is about to release its Design Issue. On March 24, subscribers and newsstand buyers can find it tucked into the Sunday edition of the paper. It features a cover photo, shot by Jason Schmidt, of a slightly insane, topsy-turvy Chilean home created by Santiago-based architect Cecilia Puga. The 2,260-square-foot concrete residence includes three repetitons of a very basic shape: "a square topped by a triangle, a house a child might draw," as writer Michael Snyder describes it in his piece titled "In Chile, Homes as Extreme as the Landscape Itself." Synder explains that "When excavations on the plot revealed no major obstacles, Puga started experimenting with different configurations for the three structures. Eventually, she tried inverting one and setting it atop the other, a balancing act that, in this seismic region, 'puts an emphasis on the fragility of this object,' she says."

Go Pro: The epicurean glossy Food & Wine is building out its brand with a new vertical called F&W Pro for industry professionals. Food & Wine Editor-in-Chief Hunter Lewis says it's meant to provide "restaurateurs, chefs, winemakers, bartenders and hoteliers with the inspiration, networking opportunities and tools they need to grow professionally and personally."

Content at launch includes industry-focused posts such as "At Philly Chef Conference, Hospitality Vets Plot Future of Kitchen Culture" and "Inside Hudson Yards, the Giant Restaurant Hub Debuting on NYC's Far West Side," plus the debut episode of "Communal Table," a new weekly podcast hosted by F&W Senior Editor Kat Kinsman. EIC Lewis also plans a series of F&W Pro residencies—the first will come this summer when he and members of his team plan to spend a full month (TBD) in communities across California—to meet face-to-face with the foodie business types, from artisanal farmers to restaurant owners, who are F&W Pro's target audience.

Food & Wine Publisher Tom Bair says there's been demand for something like F&W Pro from Food & Wine advertisers "who are looking to support and develop meaningful relationships with the trade community." Beringer Vineyards is among the launch sponsors for the vertical.

Food & Wine was part of the American Express Publishing portfolio of magazines that was acquired by Time Inc. in late 2013. It became part of the Meredith Corporation when Meredith finalized its purchase of Time Inc. in January 2018.

Hand-off: Subscribers to Hearst's Seventeen have started getting Marie Claire instead. When Hearst decided late last year to shutter the regular print edition of the teen glossy just short of its 75th year, it was left with significant subscription liabilites (the majority of Seventeen's 1.9 million circ came from paying subscribers, not newsstand buyers).

Seventeen subscribers who may have missed the news about the demise of the glossy's regular print edition are receiving Marie Claire in the mail along with a polybagged letter that begins, "Hi! It's Anne Fulenwider, editor-in-chief of Marie Claire. Why, you may ask, are you hearing from me?" She then goes on to explain that Seventeen is now focused on "its vibrant digital platforms—Seventeen.com, Instagram, Snapchat, etc.—and will publish several special issues each year, pegged to news events and key moments in readers' lives." And that in lieu of bimonthly issues of Seventeen (which downsized to that frequency from 10 times a year in 2016), they'll be sent Marie Claire. (Per standard industry practice, Fulenwider notes that readers unhappy with the bait-and-switch can instead choose to get a partial refund for their Seventeen subscriptions, depending on how many issues they're still owed.)

And finally... the latest post from The New Yorker Cartoons on Instagram is a (timeless) throwback to 2013:

A cartoon by Paul Noth, from 2013. #TNYcartoons