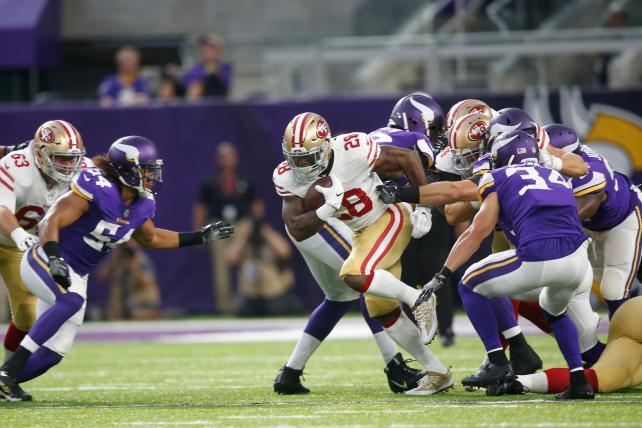 Fox is continuing its quest to standardize the six-second ad format with plans to run these shorter spots during live sports starting with National Football League games in September.

A limited number of six-second commercials will run during the NFL and Major League Baseball, as well as during college football games and Major League Soccer on FS1. The first NFL spot will appear before kickoff during the regular season opener on Sept. 10.

Six-second ads are becoming all the rage among digital and media companies. The format was first championed by YouTube last fall and Facebook has also said it is developing six-second spots.

For Fox, the new ad unit is part of its overall strategy to figure out how to improve the TV viewing experience as more content is consumed on platforms with limited or no commercials.

Fox began testing six-second ads during the Teen Choice Awards earlier this month, with Duracell and Mars testing the format. The network also reduced its commercial load by 20% for the broadcast. But unlike that initial test, where just 1.9 million people tuned in to the telecast, this time Fox is bringing these ads into one of its highest-rated programs.

In theory, most people in the industry would agree that less commercial clutter is valuable for both consumers and advertisers. Fewer ads increase the chances that the spots will be remembered. But there are plenty of questions surrounding the economics. In order to maintain ad revenue while decreasing ad loads, networks have to raise prices on the inventory. Marketers are far from convinced that they should pay more to be in a program with less commercial clutter.

Still, ahead of the "Teen Choice Awards" the network was on track to book 30% more ad revenue for the broadcast despite lowering the commercial load by 20%.

And marketers were willing to pay a premium; some reports said the spots fetched as much as $75,000 for six seconds of air time.

That same amount of money got advertisers 30 seconds of time in programs such as "Hawaii 5-0," "Hell's Kitchen" or "20/20" last season. For comparison, the season finale of "Hawaii 5-0" drew 8.2 million viewers.