Carlson Claims Ailes Retaliated After She Refused to Sleep With Him
READ THIS NEXT
Yet another TV consortium forms to tackle addressable advertising
Former Fox News host Gretchen Carlson.
Credit: Fox News 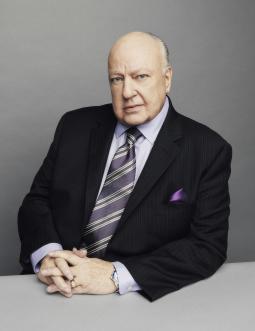 The lawsuit alleges that Mr. Ailes dismissed Ms. Carlson because she refused to sleep with him. Ms. Carlson claims Mr. Ailes retaliated by not renewing her contract with Fox News when it expired on June 23.

The complaint alleges that Ms. Carlson requested that meeting to discuss ongoing "discriminatory treatment," according to the statement.

The suit was filed in New Jersey Superior Court on Wednesday morning, a spokesman for Ms. Carlson's lawyers said.

The suit also alleges that Mr. Ailes made frequent "sexually-charged comments," that he called Ms. Carlson a "man hater" and that colleague Steve Doocy also engaged in "sexual harassment of Carlson."

Fox News, which is not named as a target of the suit, did not respond to an email and a voice message seeking comment.

[UPDATE: On Wednesday evening, Fox News parent 21st Century Fox released a statement saying it was taking the matter seriously. "While we have full confidence in Mr. Ailes and Mr. Doocy, who have served the company brilliantly for over two decades, we have commenced an internal review of the matter," it said.]

"The Real Story With Gretchen Carlson" averaged 1.1 million viewers and 0.1 rating in the core 25-to-54 demo its 2 p.m. time slot in May, the last full month Ms. Carlson was host.

Ms. Carlson joined Fox News in 2005 as host of the cable network's morning show "Fox & Friends." In 2013, she moved to the afternoon time slot.

Ms. Carlson took to social media today, posting to her Facebook page: "As you may have heard, I am no longer with Fox News. I value your support and friendship, especially now, so please stay in touch with me."