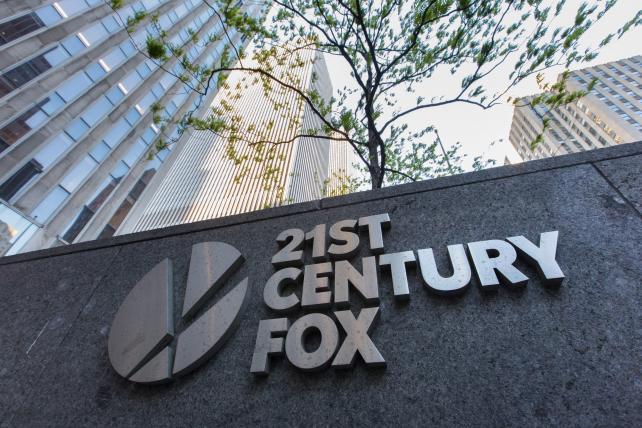 21st Century Fox Inc. reported what may be its final quarterly results before completing a $71 billion sale of assets to Walt Disney Co. and emerging as a smaller company focused on broadcasting, sports and news.

Profit rose to 52 cents a share, excluding some items, in the fiscal first quarter, matching the average of analysts' estimates. Sales rose but slightly trailed Wall Street projections of $7.23 billion.

The TV segment -- the Fox network and local stations that will remain under the new Fox -- was buoyed by political advertising and sports, two businesses controlling shareholder Rupert Murdoch and family are counting on to help carry the company.

The other big piece of the new Fox is Fox News, the most-watched cable news network. Fox said Wednesday growth in pay-TV affiliate fees and advertising slowed from earlier double-digit gains registered by its many networks. There won't be a call with analysts since the sale to Disney is expected to close in the first half of next year.

Fox did not host a call for analysts, citing the pending sale to Disney, which it expects to close in the first quarter of 2019.