Network Launches With Ford, GM, Samsung, AT&T, Verizon and Others Onboard
READ THIS NEXT
Senate Democrats ask YouTube to remove election misinformation

If Fox Sports 1 wants to compete with ESPN, then job one is to convince Madison Avenue it can grab enough eyeballs to justify their advertising investment. Thanks to last-minute negotiations, the national sports network will be 90 million homes this weekend -- and carrying advertising from blue-chip marketers in the auto, electronics, food & beverage and insurance categories. 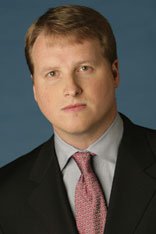 What kind of rates they paid -- especially in comparison to the rates offered for time on ESPN -- is unknown at this point. But FS1 has booked "hundreds of millions" in advance ad sales, Mr. Evans said Wednesday, before taking the stage for a panel discussion at Cynopsis Media's Second Annual Sports Business Summit here.

Fox's massive PR buildup to Saturday's FS1 launch took a hit when Bloomberg News reported earlier this week that FS1, which replaces a channel called Speed, had still not signed carriage deals with DirecTV, Dish, Time Warner Cable and other cable operators. That meant FS1 would only have been available in 45 million homes on day one vs. the 90 million promised to advertisers. In comparison, ESPN and ESPN2 are in nearly 100 million homes.

But cable TV deals often come down to the last minute. Fox Networks VP of Distribution Mike Hopkins issued a statement early Thursday morning saying that FS1 had wrapped up carriage deals with virtually "every major distributor" of pay-TV across the country. Time Warner confirmed it will carry the network.

"We are grateful to our distribution partners for making this all possible," said Mr. Hopkins, in the understatement of the week.

Scott Grogin, a spokesman for Fox Networks, also confirmed Thursday that FS1 had come to terms with DirecTV and other holdouts. FS1 will be available in "approximately 90 million homes" come Saturday, he said.

Some or all of the deals with the holdouts allow them to carry the new channel for now under the terms of their old deals with Speed, according to people familiar with the situation.

Major auto presence
And the marketers "far and away" spending most are automotive companies, Mr. Evans said. The Big Three Detroit auto-makers, GM, Chrysler and Ford, have come aboard. Ditto for Toyota, Nissan, Hyundai and Kia.

"The [automotive] category in particular has been very, very interested and particularly strong," said Mr. Evans. Though one yawning hole among FS1's initial auto clients are European nameplates such as Mercedes-Benz, BMW, Volvo or Audi. Mr. Evans said he's still in negotiations with auto clients he declined to name.

To help support the startup (which debuts Saturday with live events including a Nascar Camping World Truck Series race and a UFC card in prime time), 21st Century Fox first turned to marketers that have long supported Fox's broadcast networks.

Take Ford, which has teamed with Fox for everything from the NFL regular season and Super Bowl coverage to entertainment properties such as American Idol and 24.

Ford will continue to be the exclusive automotive sponsor of the "Ford Fox NFL Sunday" and "Ford Fox College Football" pregame shows. But it's also agreed to title sponsor the pregame show for FS1's Big East college basketball coverage coming fall, according to Mr. Evans.

"They bought in whole-heartedly," he said.

Keith Koeppen, Ford's U.S. marketing communication manager, said in a statement: "Ford has always valued its partnership with Fox and with the addition of Fox Sports 1, Ford will further build upon our strong presence with key sports properties."

Super Bowl play
One key sports property FS1 will lack: NFL games. But that doesn't mean the network isn't making the most of its sibling network's NFL coverage, in particular the Super Bowl.

Fox will broadcast Super Bowl XLVIII from MetLife Stadium on Feb. 2, 2014. As anticipation builds around the first New York-area Super Bowl (and first to be played outdoors in a cold weather stadium), Mr. Evans confirmed he and boss Neil Mulcahy, exec VP-ad sales, are strongly suggesting that advertisers who purchase time in the Super Bowl should buy time on FS1 too.

"Link might be a strong word. I think it makes sense for some of those larger advertisers who are buying the Super Bowl to be interested in FS1," replied Mr. Evans, when asked if Fox is "linking" Super Bowl ad buys to FS1. "So now that we're selling them simultaneously, we're building a media package across the entire Fox Sports Media Group. Not just broadcast and cable. But digital and our entire portfolio. So I think the deals we're doing with the Super Bowl really encompass more of an all-in buy across the media group as opposed to linking one with the other."

The competition between smart phone and tablet makers has also "been a boon" for the ad community as companies like Microsoft and Samsung use sports to reach consumers, Mr. Evan said.