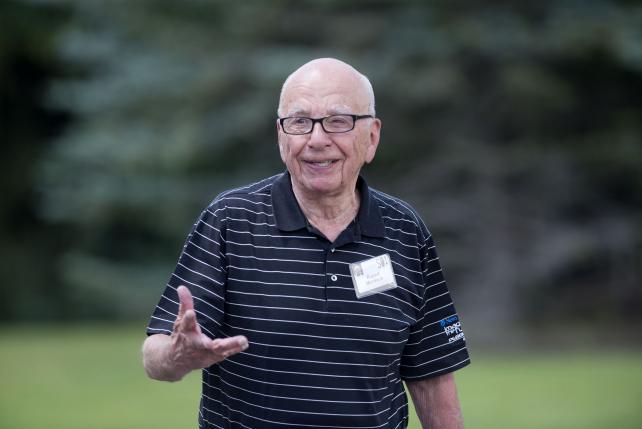 21st Century Fox is sweetening its offer to U.K. regulators reviewing its takeover of Sky, raising the prospect that Walt Disney Co. would guarantee the future of the European broadcaster's news service.

Rupert Murdoch's Fox, which is in negotiations with competition authorities over its 11.7 billion pound ($16.4 billion) purchase of Sky, proposed this week a funding guarantee of at least 10 years for Sky News, the U.K.'s first 24-hour news channel. Disney would inherit that commitment with its $52.4 billion purchase of most of Fox's film and TV assets, including Sky.

The funding proposal is Fox's latest attempt to win approval for a deal that has been held up by additional scrutiny, after allegations of sexual and racial harassment at Fox News in the U.S. and as a 2011 phone-hacking scandal at Murdoch's newspapers continued to dog the billionaire media tycoon.

U.K. regulators have been worried that a takeover of Sky would give Murdoch—whose News Corp. owns The Times, The Sunday Times and The Sun newspapers—too much sway over British media. Any closing of Sky News would also threaten media plurality, according to regulators. That's put Fox in the difficult position of trying to find a way to keep the money-losing service alive while also insulating it from Murdoch's influence.

Fox's latest offer is part of a wider package of remedies, including an independent editorial board for Sky News, proposed in a letter published Tuesday by the Competition & Markets Authority reviewing the deal. Only U.K. Culture Minister Matt Hancock would be able to approve of the removal of the 10-year funding guarantee, meaning Disney could be saddled with the commitment after its deal with Fox.

"People will take some comfort that this may provide some guarantee of the continuity of Sky News," said Stewart Purvis, former boss of news network ITN.

Fox had previously offered a five-year funding guarantee, which would have automatically fallen away when Fox was bought by Disney, allowing it to swiftly close the channel.

Sky News, which has about 500 staff, is the U.K.'s fourth most popular news source. Sky threatened to close the channel last year if it became an obstacle to the Fox takeover.

The new guarantee should reduce concerns about Fox using control of Sky News's budget as a way of exercising influence at the channel, said Claire Enders, founder of media research firm Enders Analysis.

"It's a much thicker firewall," Enders said. "You could even say it's an impregnable firewall."