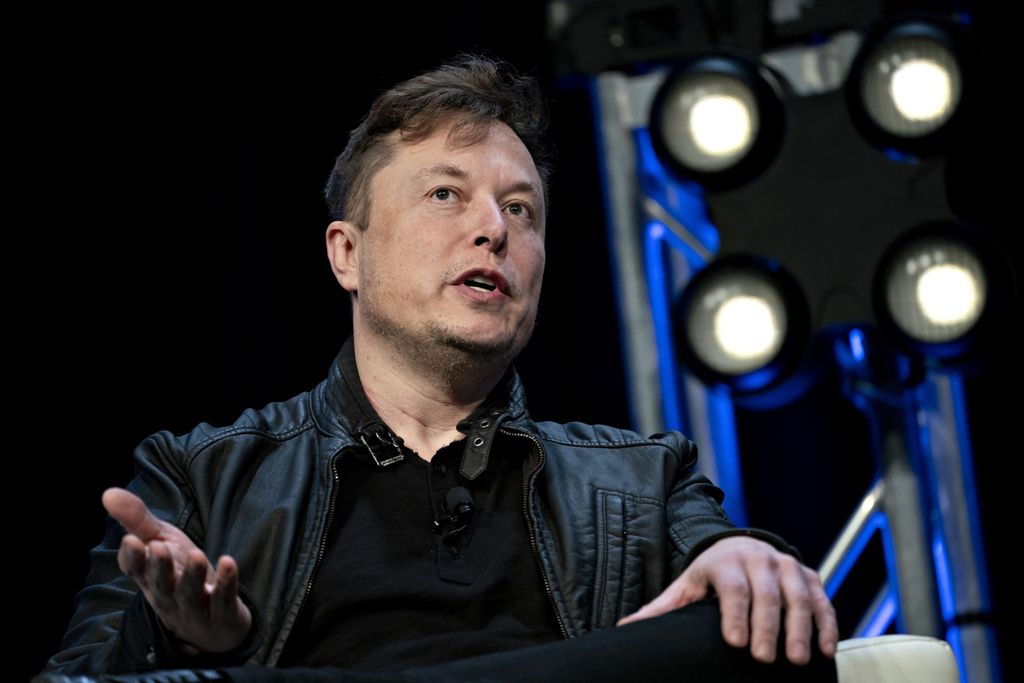 Tesla shares have soared in spite of production shutdowns, likely demand disruptions and uncertainty about how soon the electric-car maker can restore more-normal operations. The advance puts CEO Elon Musk in position to receive the first tranche of stock options he’s eligible for as part of a pay package that set moonshot goals two years ago. Before he can cash in, the billionaire is advocating for the U.S. to reopen and may need to deliver earnings that keep investors bullish.

“Give people their freedom back!” Musk tweeted ahead of Tesla releasing first-quarter results Wednesday. “FREE AMERICA NOW,” he wrote in another post.

If he can succeed in sustaining a market capitalization that’s now double the combined value of General Motors, Ford Motor Co. and Fiat Chrysler, Musk is on the cusp of receiving options worth roughly $700 million on paper. But it’s unclear if he’ll be able to assure the market that his lone U.S. vehicle-assembly plant in California will resume production soon, or that would-be customers now in quarantine are champing at the bit to buy Model Y crossovers and Model 3 sedans once they reemerge.

“Elon Musk is going to push really hard to reopen,” says Joe Osha, an analyst at JMP Securities. “The second quarter is when the real impact starts to hit.”

Tesla shares roe 2.2 percent as of 7:45 a.m. Wednesday, before the start of regular trading.

While Tesla suspended production in Fremont, California, on March 23, the company still managed to build almost 103,000 vehicles and deliver about 88,400 in the first quarter. Since the company reported those better-than-expected numbers on April 2, the stock has surged 69 percent.

The build-up of inventory from production exceeding deliveries by a wide margin probably weighed on Tesla’s free cash flow. Analysts are predicting the company burned through about $604 million during the quarter, the average of eight estimates compiled by Bloomberg.

While that “would be a supporting data point for the more skeptical investor and restart the ‘Tesla continues to burn cash’ theme,” Munster said, he added that “some investors may give Tesla a pass.”

Others are predicting Tesla will emerge from the coronavirus crisis with an advantage over GM, Ford and other established automakers.

Whereas Tesla is focused entirely on electric vehicles, analysts at Goldman Sachs, Credit Suisse and other firms are betting its foes may be forced to reconsider costly investments in battery-powered models that may not immediately generate the returns they’re used to making off sport-utility vehicles and pickups.

“GM and Ford and FCA are going to go galloping back to the SUV business,” JMP’s Osha says.

In January, Tesla said it expected full-year deliveries to “comfortably” exceed 500,000 vehicles, thanks to the start of Model 3 production at a new plant near Shanghai and the Model Y in Fremont. While many major automakers have withdrawn forecasts citing the impact of Covid-19, Tesla didn’t make any changes to its outlook when it provided an operational update last month.

Whether Tesla can replicate that sort of rebound at its California plant is unclear, says Ben Kallo, a Robert W. Baird analyst. The company may be forced to rethink plans to call workers back early next month because the San Francisco Bay area county where its factory is located plans to extend its shelter-in-place order through the end of May. It’s unclear whether Tesla’s facility will be deemed essential.

“When Tesla gets the green light to start back up, how does social distancing change the output?” says Kallo, who rates the stock the equivalent of a hold. Even if production does recover, “there are a lot of unknowns around demand.”

Tesla ended 2019 with $6.3 billion in cash and raised another $2.3 billion in February. If Musk can pull off another positive earnings report, the company may go back to the market for an additional boost, Brian Johnson, a Barclays analyst with a sell rating on the stock, said in a report Monday.

“We believe that an earnings beat and reiteration of full-year delivery guidance would significantly advance the narrative and set up a possible fund raise shortly after the earnings announcement,” Johnson wrote.