GM Plays Upfront Hardball, But Will Its Plan Ultimately Strike Out? | Ad Age
Skip to main content
Sign In Register

GM Plays Upfront Hardball, But Will Its Plan Ultimately Strike Out?

Depending on whom you believe, Joel Ewanick is either filled with the belief that General Motors' massive marketing budget can vanquish any money-hungry media outlet, or he's full of something else. 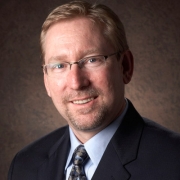 Mr. Ewanick, the automaker's VP-global chief marketing officer, has rattled his saber for months, whether it be in trimming GM's TV-ad commitments, as he did earlier this year; acknowledging publicly that he was pulling GM ads from Facebook on the eve of the social network's IPO; unveiling GM's intent to avoid advertising in the Super Bowl next year; and now attempting to force the nation's biggest TV networks to submit to price cuts of as much as 20% during this year's upfront negotiations for ad inventory in fall prime-time programs.

More than a few noses have been put out of joint. According to ad-buying executives, GM never finalized a deal with CBS to advertise in the 2013 Super Bowl (though it is a veteran of the event). It struck some as odd to tell the world you won't be taking part in an event to which you never bought tickets in the first place. More recently, GM has largely been at loggerheads with most of the major TV owners (except Viacom, which has been willing to make price concessions this year). "Everyone is denying doing business with GM under the proposed terms, going as far as to say they'd rather live without any business from them," said one media buyer. That scenario, however, could prove perilous: GM spent about $1.1 billion on TV in 2011, according to Kantar Media. Only Procter & Gamble and AT&T spent more.

Several executives familiar with this year's upfront talks suggested GM was getting some deals done by allowing media companies to create a mix of lower-priced ad inventory across various TV properties they owned. But a person familiar with GM's strategy suggested the automaker is out to craft very individualized deals with each TV network. GM "is getting very innovative ideas from the networks that are going to result in much better inventory," this person said. "There's no sense of sacrificing inventory for price."

GM hasn't explained its upfront strategy in public. "In this process, we're focused on making sure every dollar we spend generates maximum value," said company spokesman Tom Henderson. "However, talks are ongoing and we prefer to keep them private."

In the meantime, magazine publishers are waiting to see if GM makes similar demands on them. "It's safe to assume they're looking for rollbacks everywhere," one publisher said, although whether print outlets will accommodate is another question. "I'm not sure [publishers have] got the juice any more to set the agenda."

"I would say that GM is playing hardball and, for now, winning," said Brian Sheehan, an associate professor at Syracuse University's Newhouse School and a former senior executive at Publicis Groupe 's Saatchi & Saatchi, where he still consults. And he believes the automaker will succeed if its price-cutting measure is short-lived and focused. "The downside for them is if they play hardball for too long and vacate the field completely in some of the best properties for more than a few months to a year," he said. "Their brands are not nearly strong enough to withstand that . Competitors will gain market share, no doubt."

What's behind the behavior? Has the price of advertising in media simply grown too high, with GM taking on the role of white knight to bring things more in line with post-recession reality?

Is this a bid to convince investors and the GM board that the company's vast ad budget -- GM spent almost $1.8 billion in the U.S. on traditional media and web-banner advertising last year, per Kantar -- can adapt to its new emphasis on frugality and margin? Or is Mr. Ewanick hoping to cut his trademark colorful, and often counterintuitive, swath? (He was the CMO at Hyundai when it decided to run more-serious Super Bowl ads to stand apart from the jokefest the game's ad breaks had become.) Below, Ad Age examines GM's motivations -- and some of the risks the car company faces if things should backfire.

GM is under intense pressure to keep costs down, and that mandate has trickled into its marketing department. Under Chief Executive Dan Akerson, GM has been attempting to improve operating margins and win better opinions from Wall Street while transforming Cadillac and Chevrolet into models with global appeal. Mr. Ewanick, meanwhile, is out to save $2 billion in marketing costs during the next five years. With those challenges looming, it's no wonder GM is upending most processes and raising questions about the value of advertising in what are traditional -- but also very expensive -- media venues.

GM is trying to turn lemons into lemonade. Mr. Ewanick is something of a marketing-industry peacock. When he was at Hyundai, he immediately leapt into the Super Bowl in a big way when General Motors opted to pull back in 2009. Now, told to keep the purse strings tight, Mr. Ewanick seems to be trying to turn parsimony into buzz. Rather than keep his ad withdrawals quiet, he has trumpeted some of them loudly, in the process sparking debate over whether major cultural institutions -- Facebook, say, or prime-time TV -- mean as much as they once did.

GM has demonstrated its willingness to play the bully in the past. In 2005, GM suddenly announced it had yanked all its advertising from the Los Angeles Times for the foreseeable future, ostensibly because some of its executives were rankled by editorial coverage by then auto critic Dan Neil. In 1954, General Motors threatened to pull advertising from The Wall Street Journal and cease communicating with its reporters if the paper published an article spotlighting new vehicle designs ahead of GM's schedule.

GM could get shut out of good prices for valuable prime-time advertising. Should the TV networks hold out against GM's pricing demands, the carmaker might be forced to buy more of its ad time in the so-called "scatter" market, where marketers buy TV advertising much closer to air date. GM would risk not getting prominent placement in some of TV's top-rated programs and may also have to pay more for ad time in scatter than it would in the upfront, providing the economy improves and demand is sufficient.

GM may have already struck integration deals for specific shows, and would likely want to surround appearances of its products on TV with ads. Weaving products like cars, mobile devices and tablets into program scripts is time-consuming, and many deals involving such stuff are struck earlier in the year. Before the upfront got under way, for example, GM was already in talks with CBS about returning Chevrolet to the tropical scenes of "Hawaii Five-0" for a third season. The deal calls for Chevrolet to be the exclusive car advertiser on the drama, meaning that CBS can run no ads from rival automakers during the program. Would those terms still hold if GM wasn't buying TV ads from CBS?

Rivals could make hay out of GM's absence from the airwaves. General Motors isn't the only car advertiser on the road. As the past two years of Super Bowl advertising have amply demonstrated, automakers ranging from Chrysler to Audi to Hyundai to Toyota are ready to toot their horns. By threatening to dial back on prime-time advertising this fall, GM could signal its competitors to load up on more ads or even try to take over TV perches that GM once dominated. It's a lesson GM should know well. In 2009, when the company pulled out of the Oscars, Hyundai -- whose marketing was overseen at the time by Mr. Ewanick -- stepped in.