After ditching costly Super Bowl ads, General Motors is betting a five-year sponsorship of the Manchester United soccer club will bolster its Chevrolet line in the first test of the brand's new global marketing strategy. 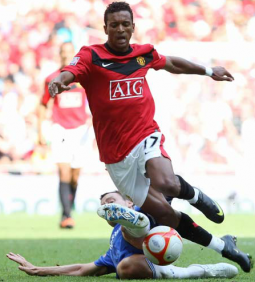 Manchester United, the 19-time English champion football team, has a worldwide reach that fits with the automaker's desire to make Chevrolet a global icon, Paul Edwards, GM executive director of global marketing strategy, said in an interview prior to the announcement.

"It's clear that global football presented us with a significant opportunity to spread Chevrolet around the world," he said. "We recognized that it's not only the world's biggest sport but also the world's most engaged fans."

The agreement follows GM's decision this month to halt paid advertising on Facebook and forgo next year's Super Bowl championship game of the National Football League in the U.S. The decision to sponsor Manchester United isn't related to GM's move to stop Super Bowl advertising, Mr. Edwards said. Still, the numbers are compelling.

When Manchester United played against Manchester City, "that audience around the world scaled to 600 million people," Mr. Edwards said. "Compare that to the Super Bowl here in the States, which is roughly 110, 115 million, and you're talking five times that audience watching one regular-season game. It's significant."

The moves are among the first steps of Chief Marketing Officer Joel Ewanick's efforts to revamp Chevrolet's marketing with a new global agency and save $2 billion over five years.

CEO Dan Akerson wants to make Chevrolet and Cadillac into global brands that are less dependent on the U.S. market. While Chevy is known in the U.S. for its brawny trucks and Corvette sports car, many Chevrolets sold in Asia and Europe are smaller vehicles designed and engineered in South Korea.

That's why GM is working to craft a more global message for the brand that can be tailored for many markets, said Alan Baum, principal of auto-industry forecaster Baum & Associates in West Bloomfield, Michigan. "Now that they feel reasonably comfortable about the product, how can we leverage that ?" he said, describing the company's thinking. "It's going to take a little bit of time and look a little messy."

Mr. Ewanick's aim is to focus on effective spending. More than 20 TV ads, he said, were created to promote the Chevrolet Cruze compact car around the world, when only a half-dozen were really needed.

The Chevrolet experiment could serve as an example for Cadillac, Mr. Ewanick said. "This model is one that definitely will be pursued by every global brand," he said.

GM declined to say how much the Manchester United sponsorship will cost. It allows Chevy signage in Manchester United's stadium and access to the team for TV, print and other media for use worldwide, Mr. Edwards said. Manchester United games are broadcast in 1.15 billion homes -- 80% of the world's households with TVs, according to GM.

While Chevy's sponsorship doesn't include putting the Chevrolet name or logo on Manchester United jerseys, the company says the deal will pay off far from the team's home base, where Chevy accounted for 0.9% of new-vehicle registrations in the U.K. in the first four months of this year. For instance, Manchester United is playing two exhibition games this off-season in China, where GM is the top-selling foreign automaker.

"The global fan base we have and the media exposure we generate on Chinese media channels are huge," said Manchester United's Commercial Director Richard Arnold . "We have 108 million followers in that part of the world, so it's a powerful mix, one that Western companies use to drive brand affinity."

GM also said today it plans to donate 1.5 million soccer balls that don't go flat, even when punctured, over three years to children in war zones, refugee camps and other impoverished areas through One World Futbol, a project started in 2010.

Chevrolet is now founding sponsor of the group, which has given away soccer balls in 137 countries, GM said.

One sign of Manchester United's popularity: Its website is translated into seven languages, including Arabic, Japanese, Korean and Chinese.

"Man U is global," said Jim Hall, a principal of 2953 Analytics Inc., a consulting firm in Birmingham, Mich. "There's really nothing like it."