READ THIS NEXT
Balancing consumer needs with campaign performance 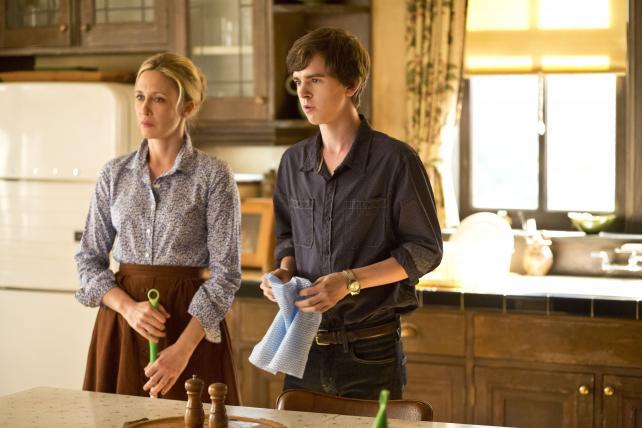 For some TV networks, the Golden Age of Television is losing its luster.

MTV, A&E and WGN are all cutting back on high-end productions after failing to attract big enough audiences in an increasingly crowded landscape.

Their decision to retreat from non-reality series suggests a reckoning may loom for other networks and the studios that make shows. Last year, the industry produced a record number of original scripted programs -- a total of 455. John Landgraf, head of the FX network, has warned of a glut that he's labeled "peak TV," arguing the networks and streaming services are making more than viewers can watch.

"It seems like the era of peak TV driven by an explosion of cable originals is coming to an end," Michael Nathanson, an analyst at MoffettNathanson, said earlier this month.

TV networks, almost all of them owned by large, diversified entertainment companies, have been pouring money into original series to compete with fast-growing streaming services, like Netflix and Amazon, which combined will spend an estimated $11 billion this year on TV shows and movies, including the rights to shows that have already aired elsewhere. In many cases, the networks' parent companies supply the subscription-video services with new programs and reruns.

But the gusher of new shows airing on the TV networks shows signs of slowing. While the number of series increased again last year, the growth came from Netflix, Amazon and Hulu. Every type of traditional TV network, from broadcast to cable to premium cable, cut back original production in 2016.

TV ratings are down just about everywhere as cord-cutting accelerates and less popular networks are left out of new cable-like TV services from Dish Network, Hulu, YouTube and DirecTV.

Cable network executives say it doesn't make sense to invest in expensive dramas unless you're willing to make a lot of them. One or two high-end drama shows won't change how viewers, distributors and advertisers see your network, even if fans drop in to watch the occasional favorite. While that may work for Netflix, which can gain subscribers from a single show, it's not good for basic cable networks, which must keep people tuned in to sell ads.

"There are so many choices now and it's such a glutted landscape you really need to deliver on your audience's expectation with more than one show," said Robert Sharenow, general manager of the A&E and Lifetime channels, which are owned by Walt Disney Co. and Hearst Corp. "The networks that try to dabble in anything are going to have a tough time."

High-cost dramas will be among the first casualties at WGN America when Sinclair Broadcasting Group completes its $3.9 billion takeover of parent Tribune Media Co. The network has been home to original series like "Outsiders," about a family defending its way of life in rural Kentucky, and "Underground," about slaves on a plantation planning an escape. Its new owners will rely more on lower-cost originals and reruns.

"If you take a look at the ratings that WGNA generates, it doesn't justify the type of spending that they do on the original programming side," Sinclair CEO Christopher Ripley said on a conference call. "Outsiders," which won't be renewed, drew just 387,000 viewers in the first five months of this year, according to Nielsen.

At A&E, meanwhile, the just-concluded "Bates Motel" will be the last scripted show on a network more typically focused on biographies, documentaries and reality shows like "Duck Dynasty." The audience for the program, based on Alfred Hitchcock's 1960 film "Psycho," grew over the past two years, yet never cracked 1 million total viewers, according to Nielsen.

Of the 400 hours of original programming on A&E this year, 10 hours were scripted dramas, said Sharenow.

MTV, owned by Viacom, is also tilting back toward reality shows like "The Real World" or "Jersey Shore." Five years ago, the youth-oriented network invested heavily in scripted programming, but ratings declined because that's not what viewers expected, according to Bob Bakish, CEO of the parent company.

MTV's international networks, meanwhile, increased their audiences by focusing on unscripted shows. Now MTV in the U.S. is following suit. The network canceled the scripted comedy series "Loosely Exactly Nicole" and "Mary + Jane" and unveiled new reality shows like "My Super Sweet Sixteen." Scripted shows threaten to "crowd out" what has made MTV successful, Bakish said.

The surge in scripted programming, especially on cable, can partly be traced back to AMC, which was a small cable network that mostly aired old black-and-white movies before it debuted the Emmy-winning "Mad Men" in 2007. AMC came up with additional hits in "Breaking Bad" and "The Walking Dead" that helped the network attract more advertising and boost fees from pay-TV distributors.

But with so much competition, the days of a single hit show changing a channel's reputation may be over, Sharenow said. What's most important is being consistent so viewers know what your channel is about.

"It's about leaning into what your brand is best known for," he said.