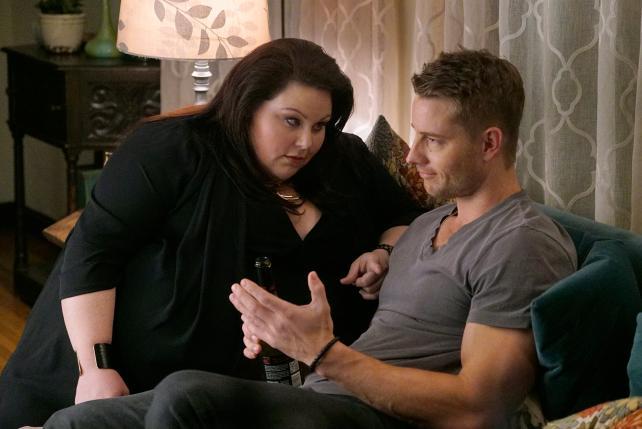 NBC's 'This Is Us' is the season's breakout hit.
Credit: Paul Drinkwater_NBC

We're already a month into the fall TV season, and while live ratings continue to fray like a moth-eaten sweater, a handful of new shows are doing their part to uphold the structural integrity of primetime.

Each of the Big Four broadcast networks can lay claim to at least one new hit, and among these are a triad of shows that have done particularly well in the C3 currency. Arguably the season's one true breakout, NBC's "This Is Us" is averaging a stellar 3.2 rating among adults 18-49 in C3, which, along with the extended-dance-remix that is C7, is the most relevant metric for advertisers.

Although only two weeks of C3 data have been processed by Nielsen, the early "This Is Us" deliveries more than justified NBC's decision to give the show a full-season order. After the premiere episode improved from an already strong 2.8 demo rating in live-same-day to a 3.2 in C3, the Sept. 27 installment gained even more ground, adding one-half of a ratings point to finish with a 3.1 in the currency. All told, "This Is Us" has lifted its commercial deliveries by 19%, and its 3.2 average C3 rating makes it the No. 3 scripted broadcast show behind only Fox's "Empire" (4.7) and CBS' "The Big Bang Theory" (3.8).

The early success of "This Is Us" is particularly significant inasmuch as new series generally don't muscle established shows from out of the upper reaches of TV's MVP list. Last year at this time there were just four freshman series in the Top 20, and the highest-rated among these (NBC's "Blindspot") commandeered the No. 7 spot. This season presents quite a different story, as no fewer than eight new shows have cracked the Top 20, including CBS's "Kevin Can Wait," Fox's "Lethal Weapon" and ABC's "Designated Survivor."

While "Kevin Can Wait" only retains about two-thirds of its "Big Bang Theory" lead-in, the Kevin James vehicle is up 13% compared with year-ago time slot occupant "Life in Pieces." It's also TV's No. 2 comedy among viewers 18-49 as well as in CBS's target demo, adults 25-54. (Per the two weeks of available currency data, "Kevin" is averaging a 3.8 among the 25-54 crowd, trailing only "Big Bang" and its outsized 5.3 rating.)

Last night marked the final time "Kevin" is expected to be paired up with "Big Bang" for the foreseeable future, as Sheldon, Leonard and the rest of the geek squad move to their regular Thursday night digs after "Thursday Night Football" bounces over to NFL Network and NBC. Starting Oct. 24, "Kevin" shifts into the Monday 8 p.m. slot, where it'll lead into the new Matt LeBlanc multi-cam "Man with a Plan."

As with "This Is Us," ABC's "Designated Survivor" is a big grower in C3. In its second week on the network's Wednesday night schedule, the Kiefer Sutherland thriller added 0.5 points to its live-same-day average, improving from its initial 1.8 rating to a 2.3 in C3. That two-week currency average marks a 64% jump versus year-ago resident "Nashville" and gives ABC at least one 10 p.m. show that is actually competitive.

As tough as the final hour of primetime has been on the networks, ABC's performance of late has been staggeringly awful; newcomer "Conviction" stumbled out of the Monday 10 p.m. gate with a 0.9 C3 rating, while fading vets "Marvel's Agents of S.H.I.E.L.D." and "Quantico" are both scraping by with a 1.3 in the currency on their respective nights. Meanwhile, ABC's Thursday night lineup could use a bracing dose of Olivia Pope, as spackle drama "Notorious" is down two-thirds from year-ago "Scandal's" 3.7 C3 rating, and third-year potboiler "How to Get Away with Murder" is 40% off the pace of the 3.0 it was averaging in C3 last fall. One saving grace for "Murder" is its ability to recapture a fair amount of lost commercial impressions in C3. At present, its 1.8 C3 rating marks a 29% lift compared to its live-same-day average.

Although Fox remains mired in last place, it too can lay claim to a new series success thanks to "Lethal Weapon," which is averaging a 2.3 in C3 -- up a tenth compared to last season's "Rosewood." Undoubtedly, "Lethal Weapon" basks in the reverse-halo effect that comes with leading into "Empire," which leads all scripted broadcast series with a 4.7 in C3, up from a 4.0 in live-same-day. "Empire" ratings are down nearly 40% compared to its year-ago numbers, but the gains it makes in the currency remain unduplicated by any other show on the dial. For example, the Sept. 28 show soared from a 3.7 in live-same-day to a 4.5 in C3, a remarkable feat given that the average increase for all broadcast shows is just two-tenths of a point.

Other new shows that are off to a strong start include CBS's "Bull," which is averaging a 3.4 C3 rating in the network's dollar demo (25-54) and ABC's "American Housewife," which on Oct. 11 helped inaugurate the net's new expanded Tuesday comedy block with a 1.9 adults 18-49 rating. (C3 ratings for the week of Oct. 10-16 won't be available until early November.)

If many of the new shows are doing their part to prop up the old "hope springs eternal" cliché, nearly all of the returning broadcast series continue to suffer year-over-year declines. The biggest backslider is NBC's "Sunday Night Football," which isn't putting up anywhere near the kind of numbers it scared up last fall. Through the first seven games, the Sunday night NFL flagship is averaging 20 million viewers and an 11.4 household rating, down 17% and 19%, respectively, versus the same time frame in 2015.

While there's no end in sight to the debate about what's causing the NFL ratings drop -- some of the more credible theories point the finger at a blight of uncharacteristically awful matchups, an exasperatingly overzealous and joyless officiating policy and an onerous commercial load; in short, the games aren't very much fun to watch -- one factor that seems to have flown under the radar is what appears to be a decline in daily fantasy sports activity. According to ComScore data, unique visitors to FanDuel.com in September dropped 83% compared with the year-ago period, while DraftKings' traffic was down 77%. If we buy into the thesis that the DFS boom was at least partly responsible for last season's huge NFL ratings, this may qualify as a smoking gun.

The ramifications of a number of legal tie-ups aside, from a sheer marketing perspective, a decline in DFS activity would stand to reason. Last fall, DraftKings and FanDuel all but inundated the airwaves with their advertising; per iSpot.tv estimates, in September 2015 alone, the two companies spent $109.1 million on national TV inventory. After a harrowing off-season led to a repositioning by both companies, the big TV spend effectively dried up. Last month the two rivals invested just $13.8 million in coast-to-coast airtime, which marked an 87% reduction of their year-ago spree.

Whatever is subverting the NFL's mesmeric hold over the nation, the primetime ratings struggle is beginning to give advertisers a bad case of the willies. (The inventory aint cheap.) In keeping with our Lousy Games Theory, last Sunday's Colts-Texans game was like watching someone fall up a descending escalator … and fans responded accordingly. With an average draw of just 13.6 million viewers and an 8.1 household rating, the AFC South blooper reel now stands as the least-watched, lowest-rated "Sunday Night Football" since Oct. 23, 2011, when the Saints pounded the Colts by a 62-7 margin in front of a national TV audience of 12.5 million viewers. That blowout, which drew a 7.6 household rating, also aired opposite Game 4 of the 2011 World Series. For the record, Fox's broadcast of the Rangers' 4-0 blanking of the Cardinals delivered 5.2 million viewers and a 9.2 household rating.

Luckily for NBC, several upcoming "SNF" games look promising. In a three-week stretch, NBC will air an NFC East grudge match featuring the Eagles and Cowboys, an AFC West battle between the top-ranked Broncos and Raiders and a reprise of the stunning 2015 NFC Championship Game in which the Seahawks stunned the Packers in overtime to earn a trip to Super Bowl XLIX. Other, less enticing games may be flexed out.

Regional 1 p.m. and late-afternoon games on CBS and Fox for the most part are also replicating the year-ago results.

In aggregate, NFL ratings in all windows are down 11% versus the year-ago period, which is on par with the overall declines facing the general entertainment programming. Taken as a two-year stack, the drop is tempered to a 5% loss, which reflects the huge numbers NFL games racked up early last fall.