Six Questions for Fund Director Ludovic Blecher
READ THIS NEXT
Watch Elon Musk’s awkward ‘SNL’ promos—plus, why his hosting stint is so controversial 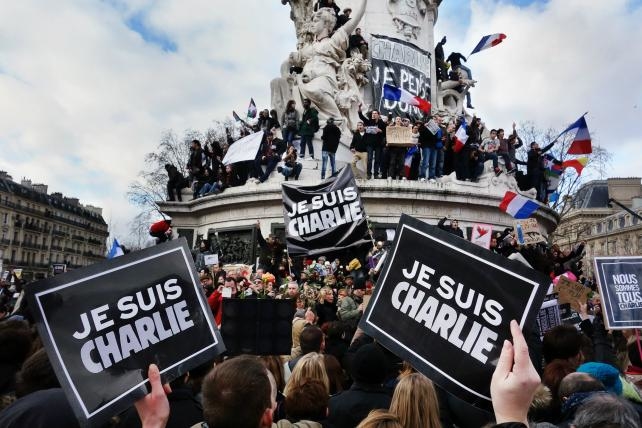 The Digital Innovation Press Fund donated roughly €250,000 to Charlie Hebdo even though funding a publisher's print efforts is not part of the group's mandate. Its mission, instead, is to help French publishers succeed in the digital age by paying for 60% of a project such as a mobile app or website redesign.

The Charlie Hebdo donation was "an exceptional answer to an exceptional situation," said Ludovic Blecher, the fund's director. "It has nothing to do with what the fund is doing on a daily basis."

Google established the fund in 2013 -- pledging €60 million -- with the Association of Political and General Information, a consortium of French publishers. The fund was part of a compromise with the French government, which had threatened legislative action over Google News, which shows snippets of publishers' content without payment as it links out.

Google doesn't run the fund. That falls to Mr. Blecher, a former journalist at the French newspaper Libération and one-time Harvard Nieman Fellow. He is not a Google employee.

Money from the fund will be distributed over three years. In 2013, the fund spent $16.4 million on 22 projects, according to Mr. Blecher, who could not provide a figure for 2014.

Ad Age spoke with Mr. Blecher about the fund's decision to help Charlie Hebdo as well as other projects it's helping pay for, including a Charlie Hebdo mobile app. The conversation has been lightly edited.

Ludovic Blecher: What happened here was just crazy, terrifying. The role of the fund is to help the press, so we were playing our role. It was an exceptional answer to an exceptional situation.

The fund is fully dedicated to helping French publishers achieve their shift into the digital age. But the Charlie Hebdo donation has nothing to do with digital; it has to do with press and freedom of speech. You would have done the same.

Ad Age: What other projects are you helping fund?

Mr. Blecher: We are funding projects about big data, social curation, mobile apps, new digital issues, paywalls for some local publishers, a new website for legacy media about economy. The idea is to help publishers manage their project and try to be better in the digital world. We were also funding a project for Charlie Hebdo a few months ago on doing an app with caricatures. Basically, the idea of the app was that people were doing cartoons and Charlie Hebdo was doing the curation.

Ad Age: Tell me a little bit more about the app with Charlie Hebdo.

Mr. Blecher: It was going on, but it's confidential because they were working on it. It was not issued yet.

Ad Age: Can you be more specific about some of the other publishers you're working with?

Mr. Blecher: Le Monde, Le Figaro, Slate.fr. The fund is for publishers that cover general news and politics in France and there are more than 170 of them. There are local papers, there are news magazines, there are dailies; it can also be televisions with a website. So there are a lot.

Ad Age: What are you doing with Le Monde, for example?

Mr. Blecher: We supported a project about a new app for mobile and all their mobile-first strategy. They did pretty good and they created a brand new range of apps that are really disruptive in the French market.

Ad Age: Can you give me a sense of what the media landscape is like in France?

Mr. Blecher: Some are doing great, but there is a lack of innovation in some of the players. What's important is to push them forward for innovation.

Shortly after our conversation, Mr. Blecher emailed this September 2014 article from Nieman Reports, which dives into French media, including its business challenges. "I agree with it," he said.