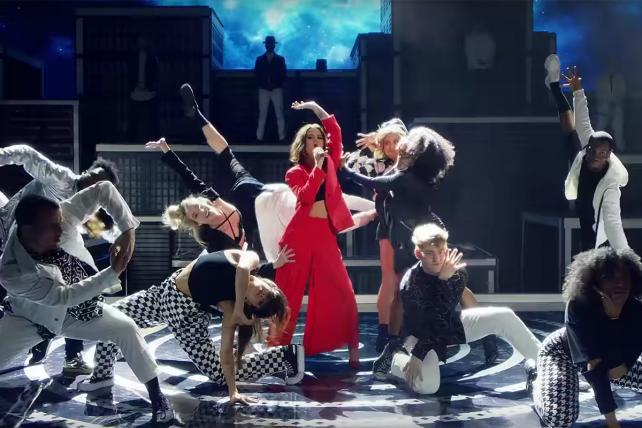 The 60th Annual Grammy Awards may have dominated Sunday night's TV lineup, but if the preliminary ratings data holds up, the broadcast will stand as the Recording Academy's least-watched shindig in 9 years.

According to Nielsen fast national data, CBS's presentation of the Grammys averaged 19.8 million viewers and a 5.9 demo rating, which translates to 7.6 million adults 18 to 49. That marks a 24 percent decline when compared to last year's overall deliveries (26.1 million viewers) and 7.8 demo rating.

CBS took a similar hit among music fans in its target demo. Nielsen estimates eyeball the network's delivery of adults 25-54 at around 8.33 million viewers, which can be reverse engineered to a 6.9 rating. That works out to a 24 percent drop compared to last year's delivery (a 9.1 rating, or 10.9 million adults 25 to 54).

Last night's broadcast was the least-watched Grammys since the 2009 event drew 19 million viewers.

Overnight ratings in the 56 Nielsen metered markets, which account for around 68 percent of all U.S. TV households, were down 21 percent to a 12.7.

Hosted by CBS late-night personality James Corden, the Grammys featured performances by Lady Gaga, Cardi B, Kesha, Kendrick Lamar and Rihanna … and seemingly endless noodling from out-of-the-demo geezers U2 and Sting, who gobbled up time in the broadcast that may have been better used to showcase Lorde. (The 21-year-old singer-songwriter was nominated for Album of the Year for her second LP, "Melodrama," but did not get a performance slot.)

Like pretty much everything else on TV, ratings for CBS's annual musical spectacular of late have been on a gradual downhill trend. Keep the losses in perspective, though; the 59th Annual Grammy Awards was the 18th most-watched broadcast of 2017.

The last time the Grammys put up truly monster ratings was in 2012, when 39.9 million viewers tuned in to watch what would turn out to be a night-long tribute to singer Whitney Houston, who only the day before had been found dead in her hotel room at the Beverly Hilton.

The all-time record for a Grammys broadcast was notched way back in 1984, when Michael Jackson's "Thriller" sweep helped CBS scare up a jaw-dropping 51.7 million viewers. Forty-five percent of all TVs that were in use during the broadcast were locked in to CBS.

Media buyers said CBS had booked 30-second slices of Grammys inventory at around $1 million a throw.

Next on the Awards Season docket is ABC's March 4 presentation of the 90th Academy Awards. Last year's Oscars averaged 32.9 million viewers, while delivering the lowest-recorded adults 18-49 demo (9.1) and household rating (18.4) since Nielsen began keeping track of the data.