HBO Creep: Should Advertisers Be Concerned?
READ THIS NEXT
Watch Elon Musk’s awkward ‘SNL’ promos—plus, why his hosting stint is so controversial 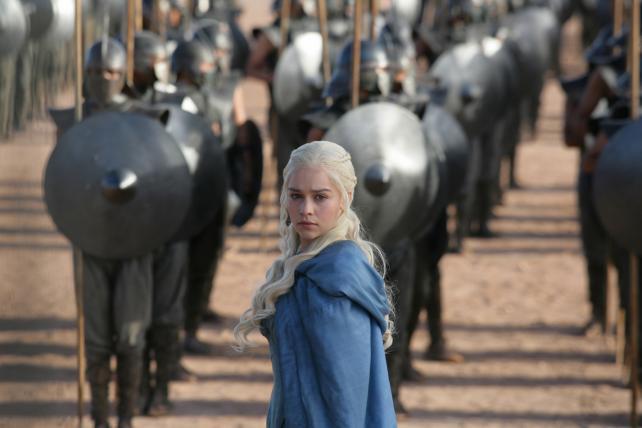 Jeff Bewkes is looking to the internet to accelerate growth at his prized TV network, HBO, as he seeks to demonstrate to investors that Time Warner is worth more on its own than with Rupert Murdoch.

HBO, home to "Game of Thrones" and "Boardwalk Empire," may expand a $49-a-month trial introduced last year with Comcast, people with knowledge of the plan said last week. The pilot, and a similar one from AT&T, offers web access paired with HBO and limited basic TV.

HBO and its growth prospects are a big part of why New York-based Time Warner rejected a $75 billion buyout offer from Murdoch's 21st Century Fox, saying it will be better off independent. HBO was already developing ways to reach more consumers. The plan relies on more aggressive marketing, an upgraded HBO Go app and expanded access to the network for broadband-only customers of companies like Comcast who don't want to buy a full cable-TV package.

"We don't like to leave any cookie unsold at our company," Mr. Bewkes, 62, who is Time Warner's chairman and CEO, said at an investor conference in May. "So we'll get there."

In the next year or so, HBO CEO Richard Plepler aims to offer more consumers access to the four-decade-old channel through packages similar to the Internet Plus plan offered by Philadelphia-based, the largest U.S. cable provider, according to the people, who asked not to be named because the plans aren't yet public.

Advertiser shut-out?
The plan may help keep cable subscribers from cutting the cord over high prices while enticing new subscribers who primarily want web access, HBO and a few other channels. That could encourage viewership of ad-supported TV, when those subscribers' cable boxes aren't turned to HBO.

But the spread of HBO, like its rival Netflix, also competes with commercial-supported TV, meaning advertisers may view Mr. Bewkes' new plans with some trepidation. Ratings for broadcast TV are already slipping, and cable growth seems to be cooling, so the inventory of good TV ad breaks is only getting tighter.

There's also the chance the subscribers will just cut the cord again when prices rise. So far the plans are only available to new customers with teaser rates for broadband, basic cable and HBO that later increase.

Managing risk
The structure of those deals underscores the broader risk for Time Warner and its pay-TV partners. If they make HBO available more broadly through internet-only plans, some current pay-TV customers might drop out.

"We're just trying to figure out how to do this in a way that enhances rather than subtracts from our business, that supports the distribution infrastructure that we need, whether it's the TV one that goes to your house today, or whether it's the broadband one," Mr. Bewkes said at the May conference.

Mr. Plepler is trying to convince HBO's major pay-TV distributors that marketing the premium network in a more affordable way would benefit cable systems as well, said the people, who asked not to be named because they weren't authorized to speak publicly.

Slimmer plan
HBO is typically marketed as part of a pay-TV package that costs $100 a month or more, limiting the potential pool of customers. While it posted its best growth in 17 years in 2013, about 70 million U.S. pay-TV homes don't subscribe. HBO Go, the online and mobile version, is available in the U.S. only to cable-TV customers who pay for HBO.

The $49-a-month Internet Plus trial introduced last year with Comcast is the model for a new service, said the people. The package is aimed at the 10 million U.S. broadband customers, many of them younger, who don't now buy cable TV. There are about 100 million U.S. households that have television subscriptions.

"There's no secret we're looking at all these distribution options," said Quentin Schaffer, a spokesman for HBO, without commenting directly on the expansion effort.

Mr. Bewkes, whose Time Warner career began at HBO in the 1970s, is resisting an $85-a-share cash and stock offer by Murdoch's Fox, which also owns cable networks such as FX and Fox News, and produces competing films and TV shows.

Time Warner's board has decided the company can do better staying independent, even if Murdoch were to bid as much as $95 a share, according to people familiar with the thinking.

$20 Billion HBO
Fox valued HBO at $20 billion in its bid, people familiar with the matter have said. Given its growth prospects, the network could be worth as much as $25.8 billion by 2016, Morgan Stanley analyst Benjamin Swinburne said in a May report, at which point it would account for a quarter of Time Warner's total asset value.

''In terms of premium content, they're on top of the pile,'' said Arnaud Levy, an investment banker with Media & Entertainment Advisors in Los Angeles.

HBO has made some moves to get its shows to new audiences. In April, the network agreed to offer ''The Sopranos'' and shows like ''The Wire'' and ''Six Feet Under,'' through Amazon.com Inc.'s Prime online service.

The money from that deal will be invested in new programming and accelerating the next generation of HBO Go, previously the online outlet for those shows through a subscription service.