Hearst's New Health Division Is a Departure from Magazines and TV

Hearst Corporation, whose holdings include Cosmopolitan magazine and a stake in ESPN, is continuing its push into healthcare and creating a division called Hearst Health. 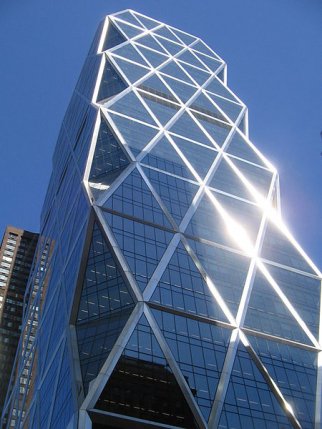 The unit consists of five healthcare-information companies, as well as an innovation lab and venture fund with a commitment to invest $75 million in startups in the space and a second round of $75 million planned for the future, according to the company.

Hearst already owns or holds a majority stake in the division's companies, but their lack of a unified brand until now had created challenges when explaining Hearst's healthcare initiatives to potential clients and employees, executives said..

"Our mandate is to expand it, so we need to be able to articulate it," said Gregory Dorn, who oversees Hearst Health as exec VP-Hearst Business Media.

Hearst Business Media is among five operating groups at the privately held company, alongside the magazines division, newspapers, local TV and entertainment and syndication. Hearst Corporation was expected to haul in nearly $10 billion in revenue last year, according to Fortune.

The creation of the division is the latest step in Hearst's push into healthcare-related business, where it has acquired companies that provide healthcare workers and insurance companies with information to assist them in their jobs. Nearly two months ago, the privately held company bought an 85% stake in Homecare Homebase, maker of software for hospices and in-home medical care providers.

The services that Hearst Health provides are used by doctors and other healthcare practitioners who treat 76% of the patients discharged from hospitals, the company said. FDB, for one, provides pharmacies and doctors with information related to prescription drugs. It also supplies the content for the drug-information printouts that come attached to most prescriptions. As a whole, its the division's reach is more pervasive than Hearst's other holdings, according to Richard Malloch, president and group head of Hearst Business Media. "They touch more people than ESPN or Cosmo," he said.

The announcement also marks the continued growth of Hearst's business media group, which includes Hearst Health as well as the company's 50% stake in Fitch Ratings, among others. Business Media is the company's second-most profitable group, according to Mr. Malloch. The most profitable is entertainment and syndication, which includes 20% ownership in ESPN and 50% ownership of A&E Networks.

Mr. Malloch sees a day when that will change, saying the goal is to become bigger than ESPN is for Hearst. "It could happen in the next five years," he said. Profit at Hearst Business Media has seen a 30% compound growth rate over the last five years, he said.

But Hearst's magazines and newspapers are also in the midst of a digital transition. Last May, the company hired Troy Young to lead its magazines' digital efforts. He has sought to not only bolster the amount of content Hearst magazines produce each day for the web, but also bring more native advertising to the sites.

"They have a smart strategy, but it's a long-term strategy," said Ken Doctor, a media analyst at Outsell. "To the extent that Hearst keeps growing through these and other ventures it takes the pressure off the timeline of the legacy businesses," he said. "That gives them an advantage over their competitors in the magazine and newspaper business."