HLN to Air New Daytime Show, Revamp Logo and Debut New Set -- Sponsored by T-Mobile
READ THIS NEXT
Why major networks are investing in streaming services—and advertisers should follow 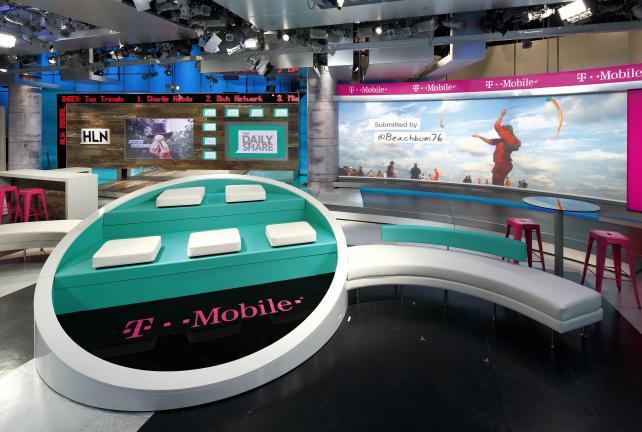 The set of 'The Daily Share,' where T-Mobile is presenting sponsor.
Credit:

Nearly a year after HLN announced its plans to transform the cable news channel into a social-first network from a roost primarily for Nancy Grace and sensational court coverage, it's revealing the next phase of its brand refresh.

HLN, a sibling of CNN, will introduce the daytime show "The Daily Share" on Tuesday, the company said, along with an updated logo, set and on-air graphics, in its effort to attract more millennials and become the TV home for the social media generation.

T-Mobile, a first-time advertiser on HLN, has signed on to be a presenting sponsor of the show.

The broadcast of "The Daily Share," a rubric that HLN has been using in social media since October, will replace "HLN Now" from 12 p.m. to 5 p.m. The show will reflect what people are searching for, playing and creating online, aggregating the best social media news and lifestyle content of the day, said Tim Mallon, senior VP-business development and operations, HLN.

HLN is moving away from the traditional anchor desk on "The Daily Share" and replacing it with what it calls the "Social Circle." This will be a place where the hosts and guests can talk, Mr. Mallon said, adding that the new format will better allow for spontaneous interaction and conversation in two directions. That echoes with the new premise of HLN: giving viewers a say in the news that the network airs.

The set was designed to be a blend between a start-up and coffee house, Mr. Mallon said. The network intentionally steered away from a high-tech and futuristic design in favor of keeping the set warm and approachable.

As part of T-Mobile's one-year deal, which Mr. DeLuca categorized as "bullish," the company will receive prominent placement throughout "The Daily Share," including the display of its name on the Social Circle. T-Mobile is also curating its own segment of user-generated content during the show.

Mr. DeLuca said what makes the new HLN most attractive is that it is bringing what people are naturally doing on other devices to the TV. "Up until now, it's been the flip, with networks bringing what's going on and happening on TV to the devices," he said.

T-Mobile was also eager to get in on the ground floor and assist in crafting the direction, Mr. DeLuca said.

Aside from the T-Mobile deal, the revamp has allowed HLN to attract new advertisers to the channel in categories like travel and tourism, retail and home improvement and home goods, said Katrina Cukaj, exec VP of CNN ad sales.

Ms. Cukaj noted that for the first time in years advertisers are doing HLN-only deals as opposed to packaging the network with CNN.

HLN has already been experimenting with some new ad formats, including branded content. In November, Holiday Inn co-produced the HLN docu-series "Growing America: A Journey To Success," which featured the chain throughout the six episodes.

As HLN broadens its audience and content, Ms. Cukaj said there are more opportunities to get creative with advertisers within programming. 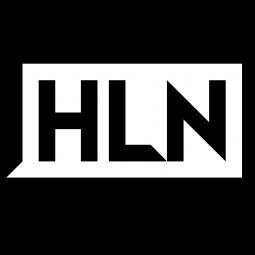 Thus far, HLN's lineup hasn't looked vastly different than in the years before it pledged to become a sort of hub for social media. But executives promised bigger changes for 2015.

While the bulk of HLN's programming shift has taken a while to reach the screen, the network does already look different from its cable news counterparts when it comes to its story selection and presentation.

On Friday, while the rest of the major news outlets went wall-to-wall with the coverage of the Charlie Hebdo attack and Paris hostage crisis, HLN interspersed its coverage of the situation with news about President Barack Obama's free community college plan and the breakup of a couple who met on "The Bachelorette."

The network has also been making use of trending hashtags on-air and tapping social media for guests on various subjects.

Still, HLN hasn't seen its efforts so far result in much of an upswing in viewership. The network's full-day ratings declined in 2014, averaging 252,000 viewers, down 12% from the year prior, while its total audience in prime time dropped 15% to 322,000.

HLN ended the year on a high note, however: It beat MSNBC in total day ratings among 25-to-54-year-olds for three consecutive quarters and saw its viewership up double-digits in the fourth-quarter and in December.

HLN has also been the subject of takeover speculation. In the summer, there were reports of talks at parent Turner Broadcasting about selling HLN, with Vice Media named as a potential buyer. But in December, CNN Worldwide President Jeff Zucker said HLN was not for sale.