Out-of-home Spending up, but 'Eyes On' Use Is Still Shortsighted | Ad Age
Skip to main content

Out-of-home Spending up, but 'Eyes On' Use Is Still Shortsighted

Economy Likely to Thank for Boost Rather Than New Metrics, for Which Learning Curve Remains

Two years ago, when the outdoor-advertising industry finally introduced its long-delayed plan to allow advertisers to measure the demographics of outdoor advertising, executives were bullish on its effect. 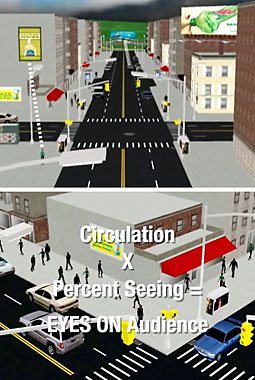 A huge learning curve remains among ad buyers, planners and sellers for Eyes On.

"This is a perfect time for our medium to invest in infrastructure. We have an opportunity to grow faster than any other medium," Joe Philport, president-CEO of the Traffic Audit Bureau, said at a 2008 Ad Club event. The TAB, which measures out-of-home advertising, launched the "Eyes On" metric in 2009 in an effort to make outdoor measurement more comparable to other media.

Today out-of-home spending is up -- 4.1% in 2010, according to the Outdoor Advertising Association of America. But don't thank new metrics for that.

The economy is more likely to credit for the rebound in ad revenue, up to $6.1 billion in 2010, as long-time out-of-home ad categories such as financial and government upped spending. When it comes to the new metrics, the switch hasn't flipped yet among most advertisers.

A huge learning curve remains among ad buyers, planners and sellers, who have yet to fully integrate the new metrics into their planning tools. Additionally, there's a lack of urgency among many large outdoor advertisers -- legacy clients say they don't need the more granular measurement to know which billboards work best.

So as the outdoor-ad industry descends upon Miami this week for the OAAA's annual confab, the industry's top buyers and sellers will debate the progress and next steps for advancing outdoor's role in advertisers' media mixes.

More than a decade in the making, Eyes On is a buying-and-planning tool that allows advertisers to measure the likelihood their ads will be seen by specific demographics. The previous tool was the old Daily Effective Circulation metric, which measured the total audience that had the opportunity to see an ad. In effect, Eyes On allows billboards, street furniture and other out-of-home platforms to be measured on a comparable basis to media including TV, digital, radio and print, which is crucial to attract major spending from consumer-packaged goods brands, one of the sector's most untapped marketing categories.

Rocky Sisson, exec VP-sales and marketing for Clear Channel Outdoor, said clients and sellers alike are still being educated on the opportunities and predicts that the industry will fully convert by 2012. Plus, Eyes On was just recently integrated into Nielsen's IMS planning tool, which will bring more business-development opportunities to the industry. 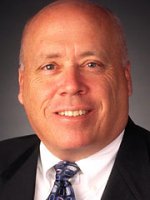 "We've always known how many people go by our boards, but we haven't known who they are," he said. "There are clients who just haven't used the industry because of that. Every board has a story. We're finding out new things about our inventory with ethnic targeting, psychographics and ethnographics. A lot of these boards might not have a huge, mass audience but the index they're targeting is really strong."

For some advertisers, measurement has been more intuitive than precise. "There are some clients who need Eyes On because it integrates seamlessly to a broadcast plan. But for others, they'll say, 'I've been buying the same 10 boards for years and those 10 boards work for me. Eyes On doesn't mean anything,'" said Howard Grenier, president of Nashville's Buntin Out-of-Home Media.

Restaurant chain Cracker Barrel Old Country Store has long subscribed to a more-contextual approach to outdoor, and is being awarded the OAAA's National Obie Hall of Fame Award this week for making outdoor the key driver of its advertising strategy for over 30 years. When the restaurant started working with Buntin Out-of-Home as its agency of record in 1979, roadside billboards advertising the nearest Cracker Barrel from the interstate helped drive traffic to the chain.

"It was one of the first times we were able to see how outdoor contributes to sales," Mr. Grenier said. "I think the goal for Eyes On is to help other clients figure out how to cancel out all the other noise in a market. As soon as that's done, you can go right back to how it moves the needle."

If that's the industry's common goal for Eyes On, the execution among agencies and sellers still varies, said Connie Garrido, CEO of Aegis Media's Posterscope. "I don't think we're singing from the same song sheet. A lot of that is a factor of self-application, where everyone's asking, 'How does it affect me?' And depending on who you are, it affects you differently. And when we were talking about it [with the OAAA and the TAB], we found that there wasn't anything we could refer to that was kind of concise and explained the process."