How Uber Plans to Address Its 'Nightmare of Sexism' Problem 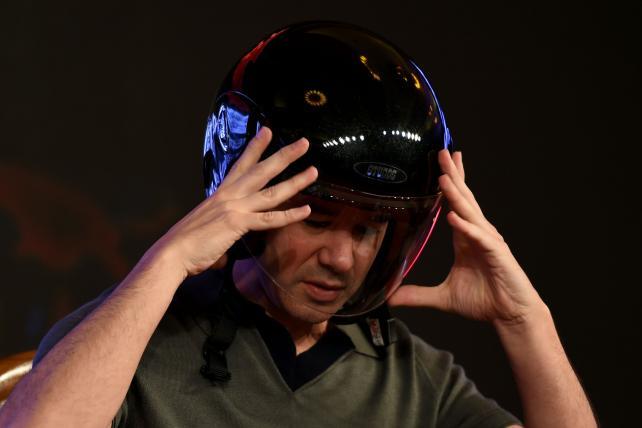 Co-founder and CEO of Uber Travis Kalanick wears a helmet as he speaks at an event in New Delhi on Dec. 16, 2016.
Credit: Money Sharma/AFP/Getty Images

Here's a head-scratcher: What happens if a journalistic institution you've dismissed as "fake news" publishes a story that praises what you just did? (See No. 1, below.) That must be bad news, right? Who wants praise from fakers? Although maybe the fakers are just faking being pleased with your action? Or perhaps it's Opposite Day and the dishonest media failed to report it? Yes, that must be it. Anyway, on with our morning media roundup ...

2. What do you know about McMaster? If your answer is "Uh, not much," well, here -- this might help: "10 Things You Didn't Know About H.R. McMaster," via U.S. News & World Report. No. 10: "In a 2013 talk, McMaster referenced TV's 'Seinfeld' when explaining how to fight a ground war." (Read on for details on how he named-checked George Costanza, specifically.)

3. "Thousands protesting against President Donald Trump on issues including immigration, climate change and the environment rallied in cities around the U.S. on Presidents Day, calling their opposition outpouring Not My President's Day," the AP's Julie Walker reports. "The protests on Monday's federal holiday didn't draw nearly as many people as the million-plus who thronged the streets following the Republican president's inauguration a month earlier, but the message was similar."

4. "Uber CEO Travis Kalanick says the company has hired former Attorney General Eric Holder to probe allegations of sexism," That's the headline of a Recode post by Kara Swisher that comes in the wake of Uber's PR disaster of a weekend. ICYMI: "Former engineer says Uber is a nightmare of sexism" (The Verge).

5. "In honor of the upcoming Oscars," Marlow Stern of The Daily Beast writes, "here is our seventh annual edition of Oscar Nominees' Most Embarrassing Roles, highlighting the jobs that this year's crop of nominees would rather have deleted from their IMDb pages."

6. The most jarring op-ed headline of the moment -- "I didn't think I'd ever leave the CIA. But because of Trump, I quit" -- comes to us courtesy of (suddenly) former National Security Council spokesman Edward Price via The Washingon Post.

7. And finally, Stephen Colbert wants us to "never fjorget what happened in Sweden":