Radio Giant iHeart Prepares for Bankruptcy as Soon as This Weekend 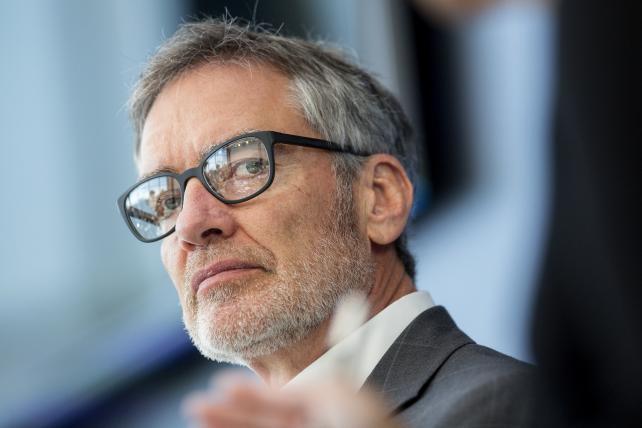 Embattled IHeartMedia Inc. is circulating documents for a bankruptcy filing that could come as soon as this weekend for the biggest U.S. radio broadcaster.

Advisers to some of iHeart's senior creditors have been shown bankruptcy papers that would be used on the first day of court proceedings, according to people with knowledge of the matter. Despite a year of negotiations on a restructuring plan, a formal support agreement still isn't in place with the most-senior lenders, and the creditors aren't in restricted talks with the company, said the people, who asked not to be identified discussing private negotiations. Creditors typically agree to restrict some of their activities in exchange for non-public information when talks heat up.

A bankruptcy filing is all but certain, with iHeart and creditors each swapping proposals in recent weeks for a consensual restructuring. But pressure is mounting on iHeart after it missed a Feb. 1 interest payment, with a 30-day grace period about to run out. On top of that, the broadcaster on Thursday skipped payments on two more sets of bonds. If the company files without a pre-negotiated restructuring plan in place, the bankruptcy could turn into a free-fall, with some of the biggest and most contentious specialists in distressed companies potentially tussling for years over about $20 billion of debt.

Billionaire John Malone's Liberty Media stepped in with a last-minute offer to senior creditors that would help salvage iHeart by injecting cash and financing a trip through bankruptcy, but analysts have said the bid isn't high enough to win over creditors. Still, talks remain fluid and ongoing between the secured creditor group and Liberty Media, according to the people.

Liberty has already bought a substantial position in iHeart debt and sees potential synergies between iHeart and SiriusXM radio, Chief Executive Officer Greg Maffei said Thursday on a call with investors. IHeart runs the biggest land-based radio network with about 850 stations and Sirius has the largest satellite radio network.

Active talks still continue with lenders, noteholders and financial sponsors, iHeart said in a regulatory filing that disclosed the latest skipped payments. Negotiators have narrowed many of their differences, with the two sides swapping increasingly similar plans for a bankruptcy. But a deal has been held up by the insistence of iHeart's private equity sponsors on retaining a stake in the reorganized company.

Meanwhile, iHeart and creditors are positioning themselves for what could come after a bankruptcy filing, with the company disclosing a bonus plan for Chief Executive Officer Bob Pittman, and junior bondholders controlling more than $200 million of unsecured debt suing in a New York state court. They're accusing iHeart of secretly using assets for years to secure other borrowing. The suing bondholders include funds run by Angelo Gordon & Co., a distressed-debt investor that had been accumulating shares of iHeart's billboard advertising company, Clear Channel Outdoor Holdings Inc.