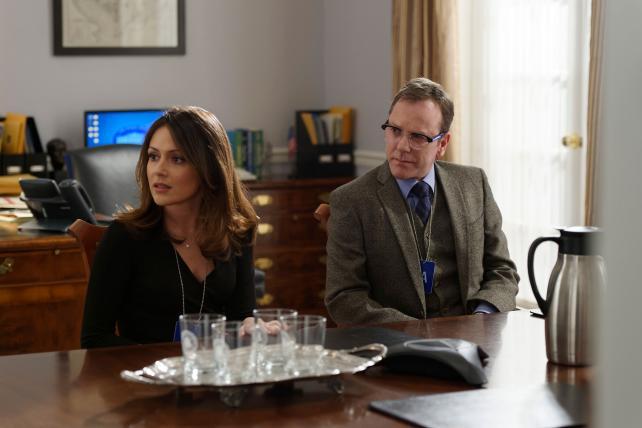 It's not just TV executives who will have a pit in their stomach at the start of the new fall season. More than ever, media buyers are anxiously crossing all of their fingers and toes in the hopes that long-running viewership declines will finally abate.

"The most important thing is we all want ratings," said Carrie Drinkwater, senior VP-investment activation, Mullen Lowe Mediahub. "It puts a pit in my stomach when I see some early morning shows doing better than some shows in primetime."

Following an upfront where TV networks were in the driver's seat, as a modest increase in demand coupled with fewer ratings points to sell allowed ad sellers to command impressive price hikes, marketers will be looking for networks to deliver.

There are several broadcast series, both new and returning, that media buyers will be watching closely. Ultimately, the hope is that networks will find some discernable hits after the 2015-2016 season fell short; earlier successes that have lost steam will receive a boost; and shows that have often drawn live audiences will continue to do so.

Of course, live-plus-same-day ratings don't tell the full story, as advertisers pay attention to commercial viewing in the three days after a program airs, the measure known as C3, and more people watch shows on devices that aren't fully measured by Nielsen.

Here's a look at the shows that will be top of mind for media buyers heading into the 2016-2017 broadcast season.

Kevin Can Wait: CBS needs to find its next hit sitcom. Can it be the family comedy starring Kevin James? In "Kevin Can Wait," the former "King of Queens" star plays a newly retired cop who realizes that being a stay-at-home dad may be more challenging than life as a police officer. "Kevin Can Wait" is one of eight new comedies CBS plans to debut this season in an aggressive attempt at filling its sitcom pipeline. The eye network will need to find a new comedy that can ultimately replace the very big shoes of "The Big Bang Theory," which is entering its 10th season.

Criminal Minds: Heading into its 12th season, media buyers should really know what they are going to get with "Criminal Minds." But the CBS procedural has gone through a significant cast shakeup over the past several months that has included Thomas Gibson, one of the original cast members of the show, being fired after reports surfaced that he kicked one of the show's writers during an altercation. Shemar Moore, who played Derek Morgan, also exited the series at the end of last season after 11 years on the show. "Criminal Minds" remained a top-10 drama, however, and media buyers hope they can continue to count on the show even with the significant cast changes.

Designated Survivor: Quite possibly the most buzzed-about show among media buyers and viewers alike this season, "Designated Survivor" marks the return of Kiefer Sutherland to the small screen. Media buyers who have watched the pilot have called it "phenomenal." After an attack on Washington, D.C. claims the lives of the president and all but one Cabinet member, the so-called designated survivor played by Mr. Sutherland becomes Commander-In-Chief. "Designated Survivor" certainly looks different than the alphabet network's usual sudsy dramas, but the question is whether it will retain viewers beyond the first episode.

Thursday Nights: ABC's "Thank God It's Thursday" lineup won't be returning in the fall (the network will bring back the Shonda Rhimes-filled night in the spring), with the network adding a new drama, "Notorious" to the night. While Thursday night may not have the same clout for advertisers as in prior decades, when they were an essential forum for retailers and movie studios to make a push before the weekend, it still serves an important purpose. TGIT's ratings nose-dived last season, but the sexy and scandalous dramas that have filled the night still attract a large, upscale audience advertisers crave.

This Is Us: Airing after "The Voice" on Tuesday nights, "This Is Us" has certainly piqued the interest of viewers, if only to know how exactly the ensemble cast is all connected. The somewhat cryptic, yet emotional trailer garnered more than 17 million views in three days when it was released in the spring, a record for a new fall show. And buyers who have already previewed the pilot promise all the pieces come together at the end of that first episode.

The Blacklist: This is a critical year for NBC's drama starring James Spader. Entering its fourth season, media buyers will be watching to see if it is able to regain the buzz and eyeballs it attracted early on. "The Blacklist" was a hit when it debuted in 2013, but it has steadily shed viewers into its third season. With NBC planning to air a spin-off of the series, "The Blacklist: Redemption," in the spring, media buyers hope the franchise will receive a boost.

Pitch: Media buyers say clients have been buzzing about this heavily promoted series about the first woman to play Major League Baseball. The network revised its schedule early on to shift "Pitch" from spring into fall to take advantage of interest in real-life baseball on Fox.

Empire: The hip-hop drama has become the backbone for Fox primetime and media buyers need it to stay that way. "Empire" ratings declined in its second season, after the show bested itself week after week in season 1, a feat not previously accomplished in the modern TV era. The season 2 finale attracted 10.8 million viewers and a 4.0 ratings in the 18-to-49 demo, down from 17.6 million viewers and a 6.9 rating for the season 1 finale. Its continued success will be especially important as Fox prepares to debut yet another musical drama from Lee Daniels, "Star," in the second half of the season.

No Tomorrow: The CW will be taking a big swing with an hourlong romantic dramedy about a guy who thinks the apocalypse is coming. The show has what is considered the network's best lead-in, airing after "The Flash" on Tuesday nights.

Supergirl: There's plenty of pressure on The CW to at least come close to the audience that "Supergirl" garnered on CBS in its first season. It will air the sophomore season on Monday nights in the same time slot that it used to occupy on CBS. The "Supergirl" season 1 finale averaged 6.2 million viewers and a 1.2 rating in the 18-to-49 demo on CBS. While The the smaller CW isn't expecting to pull the same numbers, it does expect the show at a minimum to become one of its top three series.