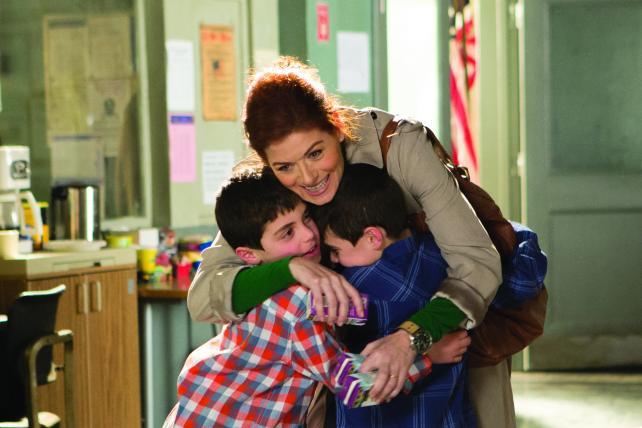 NBC renewed 'The Mysteries of Laura' -- not exactly a ratings dynamo.
Credit:

TV's ongoing ratings erosion has given a new lease on life to lightweight broadcast shows that in any other era would've ended up on the scrapheap.

According to Nielsen live-plus-same-day data, the Big Four broadcast networks this past season renewed more low-rated scripted series than ever before, as the average rating for a show picked up for 2015-16 was a 1.9 in the adults 18-to-49 demo. That marked a 5% drop from the year-ago 2.0 average and a 17% decline from the 2012-13 campaign's 2.3 rating.

Going back to 2011-12, which also happens to be the last time a network averaged north of a 3.0 in the demo over the course of a broadcast season, the average rating for a renewed series was a 2.5.

While the Mendoza Line (the baseball term used to define the threshold of mediocrity in hitters) for renewals keeps retreating alongside the nightly HUT levels (homes using TV at a certain time), the average deliveries for canceled shows is withering even faster. In the season that just ended, the average demo for a canceled or otherwise discontinued scripted show was a 1.1, which translates to a mere 1.4 million members of the advertiser-targeted demo. Three years ago, a 1.8 rating marked the dividing line between the quick and the dead -- a 39% differential.

CBS's return rate makes it the most successful entertainment programmer on broadcast. From September 2011 through May 2015, CBS has renewed 65 scripted in-season series, a roster that includes such perennial heavy hitters as "The Big Bang Theory" and "NCIS." The four-season demo average for all 65 returned series: a 2.5 rating, far and away the highest delivery over that span.

It stands to reason that CBS also has canceled the fewest number of shows over the four-year period: 24 in all, with an average rating of a 1.8 in the 18-49 demo. (It's worth hanging up an asterisk next to the CBS data, as the network primarily makes ratings guarantees to advertisers based on its deliveries of adults 25-54. Then again, that CBS does so well in what amounts to its secondary demographic speaks volumes to the network's overall stability.)

On the opposite end of the spectrum, no network has renewed fewer/canceled more shows than NBC. The Peacock over the last four seasons has returned just 34 scripted series, while pulling the plug on 44. The average rating for a renewed NBC show was a 1.7, or one-tenth of a ratings point below the average rating for a canceled CBS show. At the same time, the average delivery for a canceled NBC series was a 1.1 in the demo.

While ratings alone do not dictate the future prospects of a TV show -- other considerations include studio provenance (i.e., ownership of a given title, which allows for monetization on other platforms/in syndication), production costs, the relative wealth of the audience and the perceived value of the project from a prestige/awards-generating standpoint -- they remain the primary benchmark for advertisers.

As the atomization of the prime-time audience and ongoing measurement challenges continue to gnaw away at the number of impressions broadcasters can offer, the networks have had to scale back their ratings guarantees. (Whereas cable nets can hit their targets by packaging ratings for an original airdate with encore deliveries, the Big Four essentially have one chance at scaring up the agreed-upon gross ratings points .. unless, of course, they can steer viewers to VOD platforms on which ad-skipping functions are disabled.)

That retreat is readily apparent in the raw Nielsen data. Remember that Mendoza Line? Three seasons ago, only eight scripted series that averaged less than a 1.8 in the demo were renewed for the 2012-13 campaign. This year, 29 shows under that mark were renewed.