Intel: Trust Us, the Camera on Our New TV Device Won't Be Creepy | Ad Age
Skip to main content
Sign In Register

Intel: Trust Us, the Camera on Our New TV Device Won't Be Creepy

You Can Close the Shutter, But You Won't Want To
READ THIS NEXT
New guide aims to improve Latina media representation 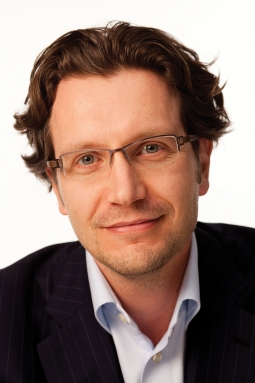 That earned Erik Huggers, general manager at Intel Media, a good grilling during his appearance at the AllThingsD: Dive Into Media conference on Tuesday. Will consumers really see value in exposing themselves to Big Brother while they watch TV?

In the first place, Mr. Huggers responded, people will be able to close the shutter on the camera if they so choose. But he believes many users will actually choose to expose themselves to visual tracking to enhance their viewing experience.

The camera is meant to help the device recognize people and customize the way it offers them content, Mr. Huggers said. A dad may see different recommendations, for example, than one of his children. He said it could also help friends or family across the country watch shows together, creating a virtual "family experience."

Mr. Huggers was extremely hesitant to say that the camera on the device will be used to target TV ads more precisely, but it would be a shock if Intel did not attempt to at least follow through on that potential.

Beyond the camera, Mr. Huggers was light on details. He wouldn't disclose which, if any, media companies Intel has already struck content deals with. Nor would he disclose the price of the subscription service. What he did say is that Intel is looking to introduce "smarter bundles" of TV programming; i.e. a package with a smaller number of channels. That's an idea that's been kicking around a bit as cable bills for big packages rise into the top rank of household costs, but Mr. Huggers did not commit to offering packages that were cheaper than current cable subscriptions.

The device and service are slated for release later this year.