Discovery Interest in Scripps Driven by Visions of $3 TV Bundle

READ THIS NEXT
Reach and relevance: The new video landscape 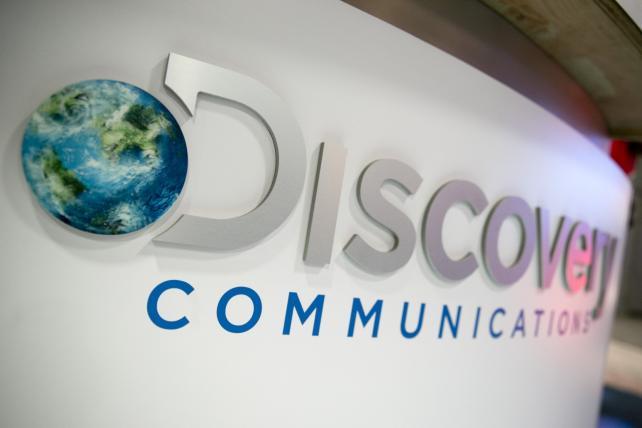 Discovery Communications wants to offer web-TV service for the price of a Starbucks latte and sees HGTV's owner as a key part of it.

Discovery is one of two companies, along with Viacom, vying to buy Scripps Networks Interactive, according to people with knowledge of the matter. The negotiations are at advanced stages and a deal could be announced by the end of the month, said the people, who asked not to be named because the discussions are private. Both see the parent of HGTV and the Food Network as a solid addition to their own channel lineups.

But Discovery has an added reason. With pay TV having to compete with online options like Netflix, the owner of unscripted channels like Animal Planet and TLC wants to bundle the Scripps networks with its own in an online service for as little as $3 to $4 a month, a person familiar with the company's thinking said. Discovery has already weighed selling a sports-free service with programmers like Viacom and AMC Networks for less than $20 a month, Bloomberg reported in April.

Much of the logic for combining TV network owners is already well known. Scripps, with a market value of $10.3 billion, would give either suitor new must-see channels and more leverage when negotiating subscriber fees with giants like DirecTV and Comcast Corp. Both Discovery, valued at $15.3 billion, and the $14.7 billion Viacom could also expand the Scripps networks overseas. Viacom may also see an online opportunity for Scripps's programming.

By owning Scripps, Silver Spring, Maryland-based Discovery could develop an online TV service with its own channels at a much lower price and not have to share revenue with other programmers like New York-based Viacom. If Discovery won Scripps, based in Knoxville, Tennessee, it would own five of the top 20 U.S. cable networks.

Such a package might be attractive to consumers because of its low price, said the person, who asked not to be identified because Discovery's planning is private. Most online TV services, like Dish Network Corp.'s Sling TV or AT&T Inc.'s DirecTV Now, fetch $20 or more, largely because they include more costly sports channels like ESPN. Neither Discovery nor Scripps airs sports in the U.S., meaning they could create a lower-priced package.

Media companies hurt by shrinking pay-TV audiences are eager to be part of new web-based video services as people drop pricey subscriptions for cheaper online options like Netflix. Discovery and Scripps face added pressure because they've been left out of some of the new so-called skinny bundles from Hulu, YouTube and Sling.

Hulu and Alphabet Inc.'s YouTube TV, for instance, didn't include Discovery networks in their new web-TV services, and YouTube didn't include programming from Scripps. Hulu is owned by four big media companies: Comcast Corp., Walt Disney Co., 21st Century Fox and Time Warner, which is poised to be acquired by AT&T.

A couple of hurdles stand in Discovery's way, including a lack of infrastructure to handle billing and direct-to-consumer marketing. The company could get around those obstacles by marketing the service through traditional distributors, like Charter Communications, or some of the newer online live services like Sling. Discovery would avoid violating its relationships with existing pay-TV providers so long as it doesn't undercut them on price.

In a December hearing on Capitol Hill, AT&T CEO Randall Stephenson touted the potential for programming packages that exclude sports.

"There is a huge segment of our market that wants a bundle that doesn't involve sports," he said.