Sector Is Now Second Only to Newspapers in U.S.
READ THIS NEXT
Disney's NHL deal scores big with advertisers

When it comes to jobs, internet-media businesses are the new mainstream media.

One in six people employed in the U.S. media industry now work for internet-media businesses, according to Ad Age's analysis.

Employment at U.S. internet-media businesses has soared 54% from its pre-recession level. Meanwhile, overall U.S. media employment is 18% below where it stood before the 2007-2009 recession.

In the graphic below, Ad Age examines how media employment has changed over time. 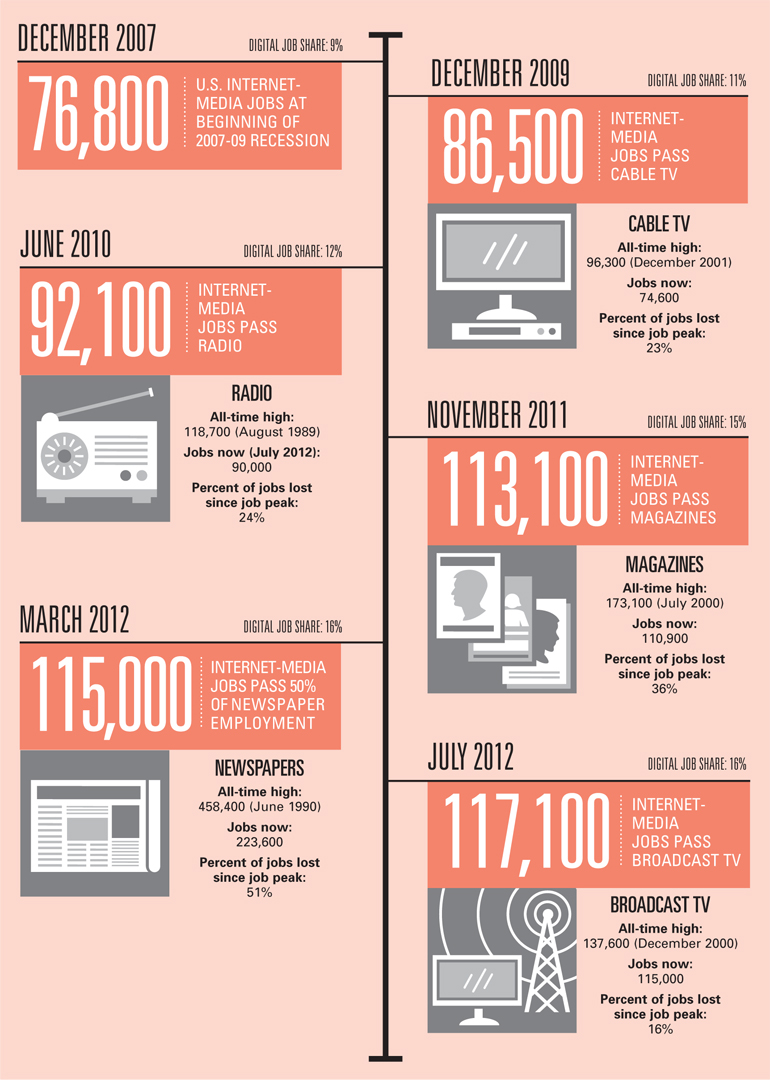