Did Griffin Push Time Too Fast?

The firing last week of Jack Griffin by Time Inc., just months after being brought in amid much fanfare to turn the magazine giant around, sent shockwaves through the close-knit New York publishing industry, and raised the inevitable question: Why bring in a change agent if you don't want too much change?

According to Time Warner's version of events, it wasn't about resistance to change -- but came down to a clash in management approach. In his memo announcing Mr. Griffin's departure, Time Warner CEO Jeff Bewkes was blunt: Mr. Griffin's "leadership style and approach did not mesh with Time Inc. and Time Warner."

Yet Mr. Griffin, who spent just five months in the job and added the title of Time Inc. chairman in January, wasn't known as particularly alienating in his prior post running Meredith Corp.'s magazines, according to people who have known and worked with him for years. 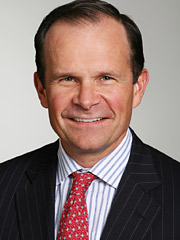 The discrepancy appears to boil down to two things: conflicting expectations of what he was brought in to do and the way in which he went about doing it in a place with a deeply entrenched culture and powerful veterans. Some have called it a classic example of "change agent" complex, a common issue in adland, where exciting new hires are brought in and start making moves that companies aren't ready for -- or don't intend for them to make.

Mr. Griffin was certainly billed as someone capable of changing up Time Inc. At Des Moines-based Meredith, he successfully led the company's move toward consultative-based selling and, using the direct relationships Meredith had with readers and its expertise in women, launched a marketing-services business, investing in social-media and digital agencies.

But at Meredith, where Mr. Griffin held a variety of posts during two separate stints in the 1990s and the 2000s, he had time to gradually get to know the players while hiring and promoting others. In his few months at Time Inc., he made changes without building much constituency for them, a Time Inc. employee said last week. "He brought in all these consultants who were telling us how everything we were doing was stupid, and actually some things we were doing were pretty smart," the employee said.

Mr. Griffin could be described by some as distant during his time at Meredith. But was he imperious? "That isn't the management style I knew," said an industry executive who has worked with Mr. Griffin. "He was demanding and very clear and focused on what he wanted. I've heard he's tough. He doesn't show a lot of emotion. But many people who I know who've worked for him over the past five years loved him."

"Jack doesn't suffer fools gladly, and I know that he was trying to change the culture at Time Inc.," this executive added, "but why do you bring in someone from the outside if that's not what you want him to do?"

That's a matter up for debate as well. In announcing the hire last fall, Mr. Bewkes said Mr. Griffin would "further advance our lead position in the industry and accelerate the expansion and innovation of our titles on all platforms." That's not exactly asking for a kick in the pants.

Jeff Bewkes
Time Warner maintains that Time Inc.'s business was looking up by the time Mr. Griffin arrived and its strategy -- which includes reversing a decline in circulation revenue and margin; extending a direct relationship with customers, making content available on all digital platforms; and expanding a footprint in marketing services -- will continue, according to the corporate parent.

But Mr. Griffin's departure is disappointing, said one person who buys print media. He was skilled at applying new thinking to traditional models and his arrival at Time Inc. was seen as "exciting and appealing." Yet this person, along with others both inside and outside Time Inc., questioned certain personnel moves, for example letting go of Kirk MacDonald, former president-digital at Time Inc., and in December moving Kim Kelleher from publisher of Sports Illustrated, where she had made several hard changes that were starting to pay off, into the publisher role at Time.

For his part, Mr. Griffin issued an equally terse statement on Friday afternoon, defending his short tenure at the publisher.

"I was recruited and hired by Time Warner to lead the business transformation of Time Inc., based on my clear record of success and results in the industry," Mr. Griffin said in a statement issued Friday, the day after he was ousted. "This continued at Time Inc., with the consistent and documented acclaim of Time Warner's senior management. ... My exit was clearly not about management style or results. I leave behind a first rate team and wish them all the best of success."

Mr. Griffin succeeded Ann Moore as Time Inc. CEO in September and added the title of chairman in January. His changes at the company included splitting the news and sports group in two; shuffling publishers at Time, Sports Illustrated and Money; elevating Martha Nelson from editor of the style and entertainment group to the company's No. 2 editorial post, behind Editor in Chief John Huey; promoting Paul Caine to exec VP-chief revenue officer, handing him many duties that had been handled by Stephanie George; naming Ms. George CMO, a newly created position; and hiring Randall Rothenberg, who had been president-CEO of the Interactive Advertising Bureau, as Time Inc.'s first chief digital officer.

Under the hands-off management style of former Time Inc. CEO Ann Moore, the three were said to have gained power and operated fairly independently -- and insiders note they worked closely with Mr. Bewkes. While some in the industry were floating Mr. Rothenberg, brought in by Mr. Griffin, as a potential replacement, Time Warner said it would conduct a full search and wouldn't rule anyone in or out.

Meanwhile, the industry absorbed the shock.

"Frankly don't get it," a Meredith employee said on Facebook, saying he worked for Mr. Griffin for six years and also had worked at Time Inc. "JG too smart..."