Game Shows Attempts to Attract Younger Audience
READ THIS NEXT
Watch Elon Musk’s awkward ‘SNL’ promos—plus, why his hosting stint is so controversial 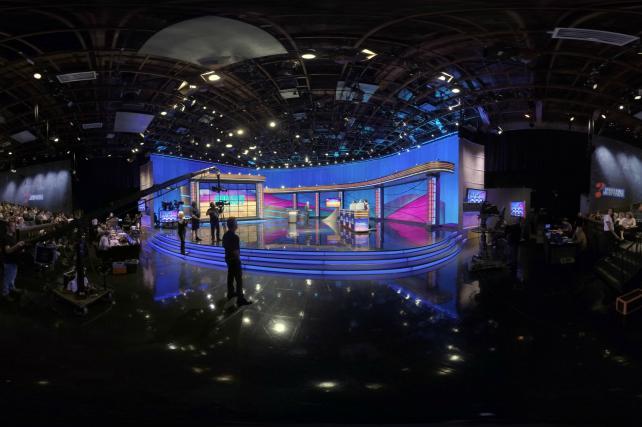 Viewers wearing headsets such as Google Cardboard will be able to swivel their heads to look around the Jeopardy studio in a new VR experience.
Credit: Courtesy Jeopardy

One of the longest-running game shows is creating its own virtual reality experience: "Jeopardy" will allow viewers to see what it would be like to go on-set during the last five minutes of its two-week Tournament of Champions on Friday.

Additional footage was shot to provide a 360-degree virtual reality experience, showing viewers what happens behind the scenes and what the audience and contestants experience.

Once the finals air, the footage will be posted across digital channels including Facebook and YouTube as well as the recently launched jeopardy.com, part of the show's efforts to attract younger viewers.

Consumers can watch the footage using viewers such as Google Cardboard or without glasses for a less immersive rendering.

The median viewer age this season is 60.7, down slightly from 61.4 last year.

The experience was created in conjunction with Los Angeles-based digital agency TVGla.

Virtual reality is rapidly becoming the hot technology for marketers and media companies to experiment with, but it remains unclear what the format does best and how many consumers want to consume content that way.