Jet Magazine is Leaving Print to Go All Digital

Magazine First Published in 1951
READ THIS NEXT
Instacart checks out another Amazon ad sales exec as hiring spree continues
The most recent Jet
Credit: 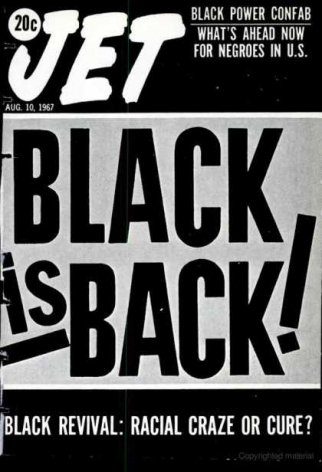 Jet, the magazine once described as "the Bible" for African-American readers, is closing its print edition in June and will transition to a digital-only publication, parent company Johnson Publishing said Wednesday.

The digest-sized magazine, a former weekly that more recently published every three weeks, will put out an annual best of Jet issue, the company said.

"The purpose of Jet 63 years ago was to deliver news in a faster format," said Cheryl Mayberry McKissack, chief operating officer and head of digital at Johnson Publishing. The move to all digital is a natural extension of this idea, she explained. "Now people want to be able to get their info wherever they are," she added.

Over the next 30 days, Johnson Publishing plans to "refresh" Jet's website, Ms. Mayberry McKissack said. It also plans to roll out a paid tablet app that publishes on a weekly schedule as well as an e-commerce site.

No layoffs had occurred as a result of the move, though the company will be "evaluating people" in the coming weeks. "We expect to add people," Ms. Mayberry McKissack said. "We'll also do some shifting."

Jet's ad pages in the first quarter of this year fell 25.6% from the equivalent period last year, according to the Publishers Information Bureau. Ad pages dropped 18% last year.

Jet's more than 720,000 subscribers will be shifted over to Ebony, according to Ms. Mayberry McKissack.

The announcement comes less than two weeks after Ladies' Home Journal said it would stop publishing on a monthly basis and instead put out a quarterly special interest publication.