Jimmy Pitaro Is the New President of ESPN 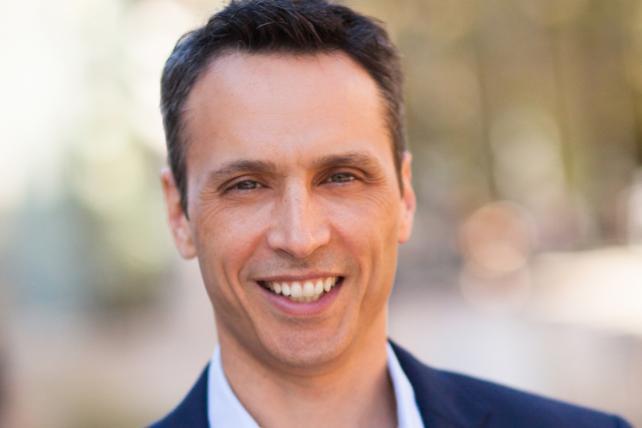 Jimmy Pitaro, who for the past two years has served as chairman of the Walt Disney Co.'s Consumer Products and Interactive Media group, has been named president of ESPN and co-chair of Disney Media Networks.

Pitaro has been with Disney since 2010. He replaces John Skipper, who in December resigned his position at ESPN, citing a need to address an unspecified substance addiction.

The 48-year-old Pitaro takes the reins at the sports TV colossus on the eve of the launch of its direct-to-consumer streaming service, ESPN Plus. Designed to help ESPN counteract the recent losses it has incurred in its linear TV business—last month, the cable network reached 86.7 million subscribers, down 12 percent versus the 98.8 million customers to which it could lay claim in February 2013—Plus will target younger sports fans who have ditched traditional cable and satellite packages for over-the-top streaming services.

Subscriber churn isn't the only challenge that will face Pitaro in his new job. Along with the ravages of cord-cutting, ESPN of late has struggled with everything from escalating rights fees to mass layoffs and at least one splenetic denunciation leveled at it by the President of the United States.

While Pitaro's name is not often bandied about in the sports-media press, he's a much-respected figure in West Coast tech circles. Before joining Disney at the beginning of the decade, he helped make Yahoo Sports one of the most popular online destinations for scores, news and streaming NHL games.

"As a passionate and lifelong sports fan, I am honored to be joining the ESPN team during such a pivotal time in its storied history," Mr. Pitaro said in a statement released Monday afternoon. "The appetite for quality sports content across platforms has never been greater, and I am looking forward to working with the talented ESPN team as we continue to redefine the future fan experience."

"Jimmy is a talented and dedicated leader with the right strategic vision, relentless drive and passion for sports required to lead the stellar ESPN team at this incredibly dynamic time," Iger said. "Jimmy forged his career at the intersection of technology, sports and media, and his vast experience and keen perspective will be invaluable in taking ESPN into the future."

Iger went on to thank former ESPN boss George Bodenheimer for serving as acting chair of the network during Skipper's absence.