Nielsen, Nickelodeon and Others Try to Figure out Why Ratings Drops as High as 20% are Happening
READ THIS NEXT
Watch Elon Musk’s awkward ‘SNL’ promos—plus, why his hosting stint is so controversial

Where have all the kids gone?

In mid-September, Viacom executives found what executives later called an "inexplicable" glitch in viewership for the company's popular child-oriented cable network Nickelodeon: Nielsen posted a ratings decline ranging from 15% to 20%. 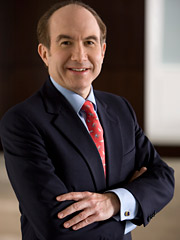 Viacom CEO Philippe Dauman said the drop represented an "anamoly" or "aberration," and added that Viacom would work with Nielsen to determine what may have caused the measures. A person familiar with the situation suggested that Viacom's own data, collected from set-top boxes, do not show similar figures. Nielsen is working with Viacom to "conduct an exhaustive assessment" of its national TV ratings , a spokeswoman said. "To date, the review process confirms that our measurement methodology, operations and related reporting processes are working as expected," she added.

At Cartoon Network, the live total day audience aged 2 to 11 was down 15% in the week ended Nov. 6 and 18% in the fourth quarter as of Nov. 9. A Cartoon Network spokesman said the ratings decline is due to comparison with viewership of a popular "Scooby Doo" movie feature in the year-earlier period.

At Disney XD, the same category fell 21.4% in the week ended Nov. 6 and 2.6% in the fourth quarter as of Nov. 9, according to Barclays. A Disney spokeswoman said XD's ratings among 2-to-11-year-olds were flat for the fourth quarter as of Nov. 11 and suggested some viewers may be sampling new fall shows and moving to such properties as Disney Channel, where ratings have increased. Ratings also have risen at ABC Family and Discovery's The Hub, though the latter's numbers are compared against those for the channel's previous incarnation, the low-rated Discovery Kids.

Taken together, though, there is a concern emerging over the TV interests of little children, those viewers whose leisure habits the boob tube has long helped mold. Or at least it did before technology of the future arrived to upset the practices of the past. Unlike their parents and grandparents, kids today have a lot more entertainment options and a lot more screens. Longer term, it raises the concern whether toddlers and preteens, the generation whose media habits are the least ingrained, may be migrating away from the traditional TV screen before watching it becomes a tradition at all.

Indeed, a January 2010 study from the Kaiser Family Foundation determined that viewership of regularly scheduled TV programming by children ages 8 to 18 had declined by 25 minutes a day—the time such usage had fallen since Kaiser first started studying those media habits in 1999. While the younger set continues to watch TV, more "is either prerecorded or watched on other platforms," the report found.

"It's very likely not a decline in media use overall but a shift to another type of media," said Mark Tremayne, an assistant professor of communication at the University of Texas at Arlington.

TV executives have seen these drops in the past. The industry experienced a similar moment in 2003, when Nielsen found young men between the ages of 18 and 34 -- one of the demographics most coveted by advertisers -- were no longer showing up as they had in the past. Within a year, however, those same young men had returned to the TV screen.

It remains to be seen whether their prodigal sons and daughters will return as well.