Crowdsourcing has been common in advertising for some time, but in a highly unusual move, it's now vaulting the wall at the venerable Ladies' Home Journal, which is planning to turn over many of the pages in its 128-year-old publication to work written by readers. 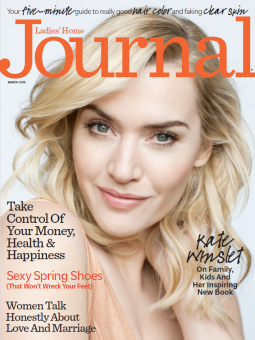 The new look with the March issue 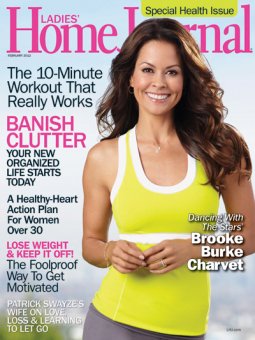 Starting with the March issue, LHJ editors will cull much of the magazine's material from posts on DivineCaroline.com, a sibling at Meredith Corp. that lets consumers upload their own stories, as well as from the magazine's website, its Facebook page and other digital channels.

The magazine will still use fact-checkers and include experts in fields such as medicine and beauty, but it will start with consumers where it can. "We really flipped this model," said Editor-in-Chief Sally Lee. "Usually content creation begins with an editor. We have content creation that begins with a reader."

While other publishers have dabbled in the practice, its adoption by Ladies' Home Journal, a title that guarantees advertisers an average paid circulation of 3.2 million, is significant since it is the largest traditional media brand to commit to so much user-generated content on an ongoing basis. If it's successful, other mass-circulation titles may follow. "I've been asked a lot about whether we foresee this becoming a model that other magazines will start to implement," said Diane Malloy, publisher of Ladies' Home Journal. "My answer is , 'Gosh, yes, I think everyone is going to sit up and take notice.'"

The magazine says the changes were driven by research revealing that readers wanted a greater role in filling its pages. But the move could also help LHJ, which competes in the very mature category of women's service, improve its traction with advertisers.

An accompanying revamp by design firm Pentagram will signal the shift and include a new Ladies' Home Journal logo that shrinks "Home" to small type and overwhelmingly emphasizes "Journal."

Unlike the Huffington Post, where many bloggers post without pay, Ladies' Home Journal won't tell its amateur writers to settle for the exposure. "We are going to pay them our professional rates," Ms. Lee said.

The magazine wants to build a community of readers engaging with one another and with editors, but the idea predates the current notions of user-generated content and constant conversations with consumers.

The editor of McCall's, for example, told The New York Times in 1990 that the magazine's coming redesign would address a tendency to talk down to readers.

"Among the changes in the magazine, she said, McCall's traditional 'The Mother 's Page' will no longer be written by professionals but by readers talking about mutual problems," the Times reported then.

The median age of Ladies' Home Journal readers has declined slightly, to 55.8 from 56.1, according to the most recent round of research by GfK MRI. But its readers remain much older than the U.S. population as a whole (GfK MRI puts the median age at 45.8), and somewhat older than readers of magazines such as Good Housekeeping, Redbook and Woman's Day. So LHJ is trying to make itself "relevant to the next generation without annoying some of the core readers," said George Janson, managing partner and director of print at Group M, the media-buying and -planning conglomerate.

Ad pages fell 13.6% at Ladies' Home Journal last year but slipped just 2.6% in monthlies as a whole, according to data compiled by the Media Industry Newsletter. A major downturn in food advertising that undermined the mass-market women's service books was partly to blame. 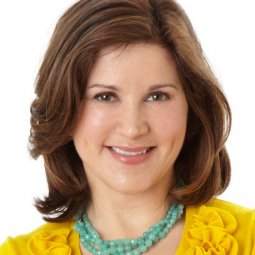 "I commend them for trying to add new life into a very mature magazine that has been around for a very long time," Mr. Janson said. "The redesign seems to be very clean, much bolder and much more energetic in terms of the visuals. The photography is pretty stunning. And I think it's a novel concept."

How the effort plays out over time remains to be seen. User-generated content is certainly no magic bullet: San Francisco startup 8020 Publishing introduced two magazines several years ago filled with consumer content that was first posted to the web and voted up or down by the public. The magazines -- a photography title called JPG and a travel magazine called Everywhere -- both left print during the worst of the recession, although JPG now prints individual copies to order for $14 to $19 through HP's MagCloud service.

And there are plenty of questions to answer. Mitch Fox, the magazine veteran who ran 8020 Publishing for a time, argues that readers will remain outsiders, not a community, unless they also have a say in choosing which submissions get to be in print. "You're still screening the content without any kind of community involvement," said Mr. Fox, now president at WGA Global Marketing. "It's a half-step."

Ms. Malloy, who was named publisher in October after her predecessor moved to Univision, said the magazine's big audience gave it an advantage over startups, like 8020, that try similar strategies.

"We feel very, very confident that the consumer is going to receive the new product well," Ms. Malloy said.