On the same day Martha Stewart appeared on MSNBC to talk holiday gift giving, a wave of layoffs began sweeping across her company Thursday, according to three people familiar with the matter. 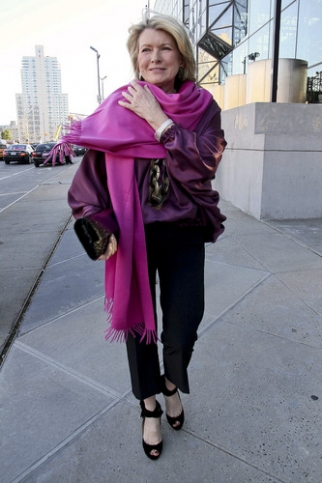 The cuts at Martha Stewart Living Omnimedia are said to affect about 100 staffers, one person close to the matter said, or about one-third of the company's workforce.

MSLO owns Martha Stewart Living magazine and Martha Stewart Weddings magazines and licenses its founder's name to products sold in Macy's, among other businesses, but its media empire is reduced from its heyday. A spokeswoman for MSLO declined to comment. The New York Post first reported the impending layoffs Thursday morning.

The layoffs come two months after Daniel Dienst, a former executive in the metals industry, joined the company as chief executive officer.

Flagship publication Martha Stewart Living turned in a strong year in terms of print ad pages, up 15.7%, according to the Media Industry Newsletter. But the company's overall business performance has lagged. Third-quarter revenue fell 23% compared with the prior year. Publishing revenue declined 8.2% to $19.4 million. Revenue from its broadcast arm declined sharply to $294,000 from $2.7 million after ending a programming agreement with the Hallmark Channel.

Merchandising was a bright spot last quarter, growing to $14.2 million from $13.2 million.